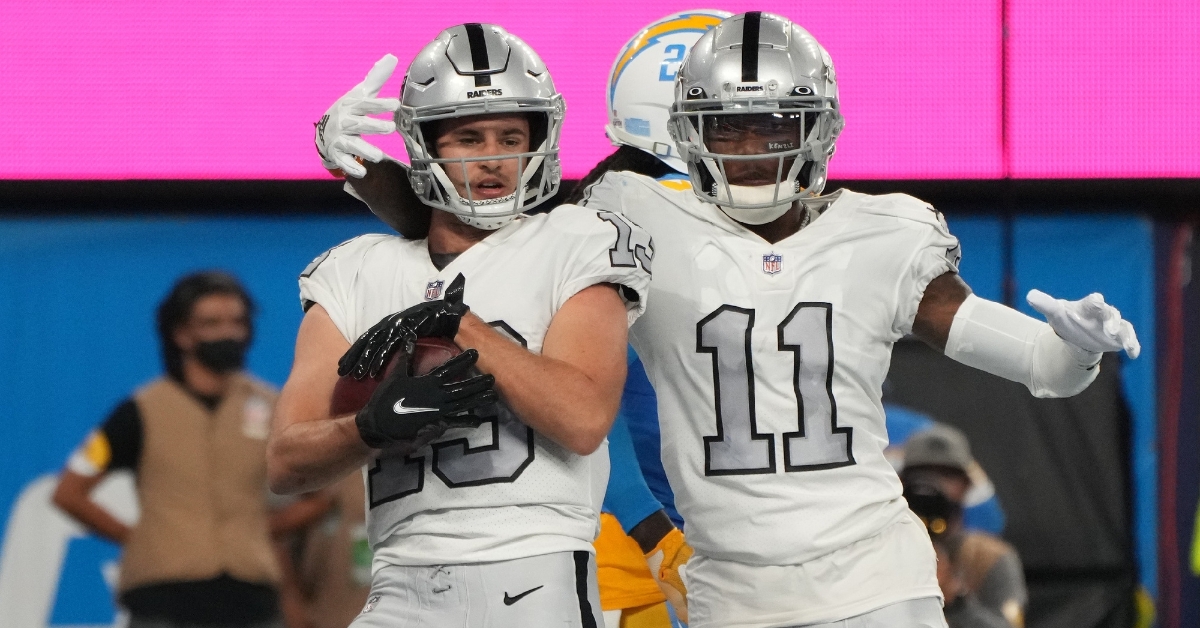 Renfrow has scored in back-to-back games

Las Vegas Raiders receiver Hunter Renfrow can do it all.

During the 28-14 loss to the Chargers on Monday Night Football, Renfrow had an impressive tackle on a fake punt play stopping a first down and offensively had six catches from eight targets for 45 yards and a touchdown.

The third-down play that went for a touchdown was Renfrow's 'China route,' a triple move route. It went for a 10-yard touchdown reception which gave Renfrow scores in back-to-back games.

For the season, he has 22 catches for 249 yards and two touchdowns.

Check out the touchdown below:

Besides creating separation this route from #Raiders WR Hunter Renfrow acts as a delayed release. Looks like they run Smash to the boundary as the primary progression. Renfrow’s triple move gives Carr time to work to him on the backside. #RaiderNation pic.twitter.com/GGBWx7tk6c

Great backstory by @briangriese on an innovative WR route and how joint practices resulted in Hunter Renfrow directly impacting the @RamsNFL playbook pic.twitter.com/AC8QPGhR44