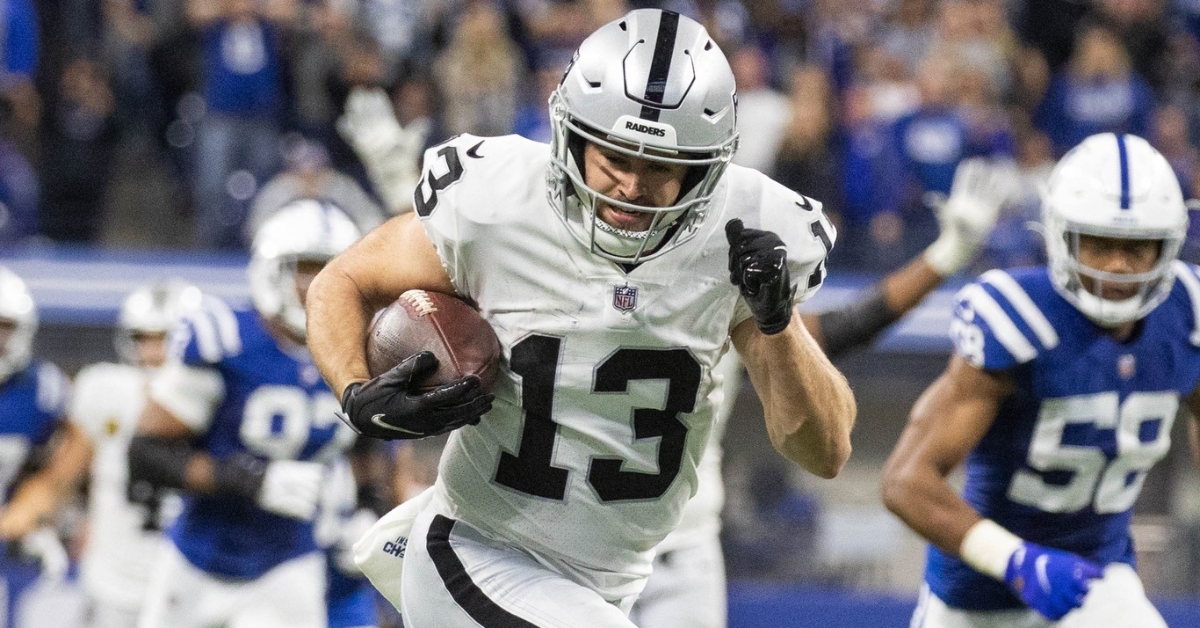 Hunter Renfrow aka the 'slot machine' is having a massive 2021 season for the Raiders.

For the season, he has registered 99 catches for 1,025 yards and seven touchdowns.

During this past Sunday's win over the Colts, he reached the 1,000-yard milestone for the season with seven catches for 76 yards.

Check out the following video as he was mic'd up during the contest.

1??3??’s second Mic’d Up is the one you’ve been waiting for » https://t.co/IJSePpjdAd pic.twitter.com/jESElaC7SF

#Raiders Wideout Hunter Renfrow was once again pivotal in a true MUST WIN over the Colts on the road. He joined me post-game to talk about his clutch performance and his team’s character! @nflnetwork pic.twitter.com/S8wkBMfCR4