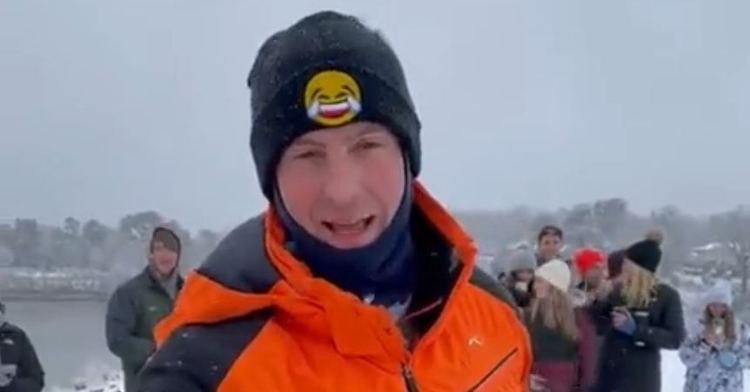 Clemson had some of its best snow in over a decade on Sunday as most of the locals and students had a great time in the snowy powder including head coach Dabo Swinney.

At the Clemson Dikes, Swinney enjoyed his time getting some sledding in.

"Nineteen years at Clemson, this is probably only the third time that we have had snow like this, so you got to take full advantage of it," Swinney said while wearing an emoji beanie. "Today, I'm going down a different hill in a different way."

Swinney ends up winning a race down the hill even though it appeared he might have gotten a short head start. Regardless, it was an impressive performance down the hill.

Even Coach Swinney had to get in on the snow day action! pic.twitter.com/ckD156d5yL

Them: Snow in South Carolina? ??

Us: SNOW IN SOUTH CAROLINA?! ?? pic.twitter.com/o353gXHfzq