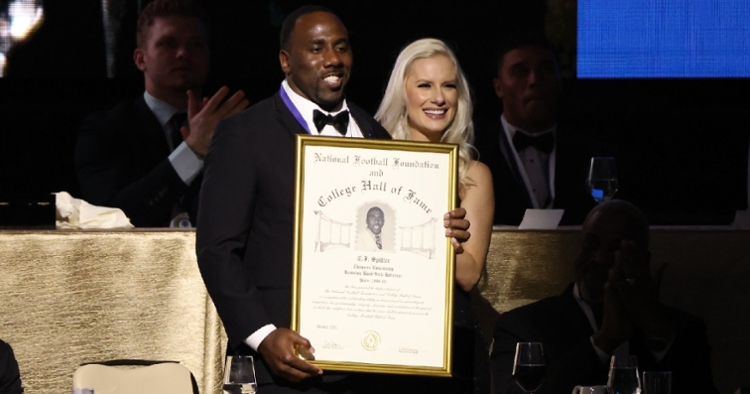 Spiller was named a unanimous first-team All-American in 2009, and he was named ACC MVP and finished sixth in the Heisman Trophy voting. That year, he became the first ACC player with 1,000 rushing yards and 500 receiving yards in one season.

He finished his career with 7,588 all-purpose yards, still the ACC record by nearly 700 yards over second-place Travis Etienne and still among the top-five figures in NCAA history.

Watch Spiller being honored at the ceremony below:

Let’s take a moment to congratulate our own @CJSPILLER on his induction to the College Football Hall of Fame.