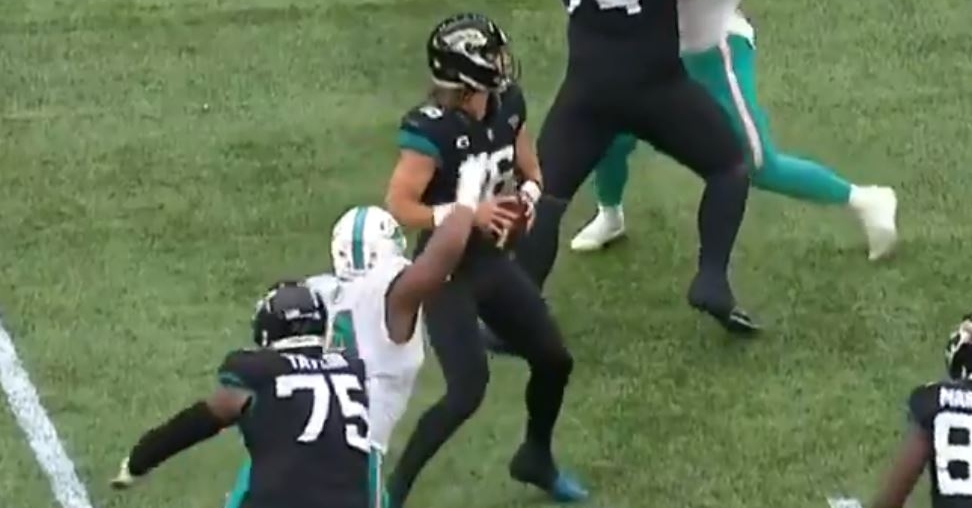 Wilkins got the strip-sack of Lawrence in the third quarter

Former Clemson teammates Christian Wilkins and Trevor Lawrence are really good friends. However, both players were pitted against each other as the Jacksonville Jaguars narrowly defeated the Miami Dolphins 23-20 in London on Sunday.

In the late stages of the third quarter, Wilkins got a crucial strip and sack of Lawrence. It was the first turnover of the game.

The two buddies will probably have a good laugh about the play for a very long time.

Lawrence got the last laugh though as he got his team's first win of the season.

Check out the sack below:

Well… This is awkward for us. We love you both. @cwilkins42 @Trevorlawrencee ??

Lawrence thanks the fans for sticking with the Jaguars during a difficult start to the season:

Congratulations to @Trevorlawrencee on his first NFL win! #ClemsonFamily LOVES to see it