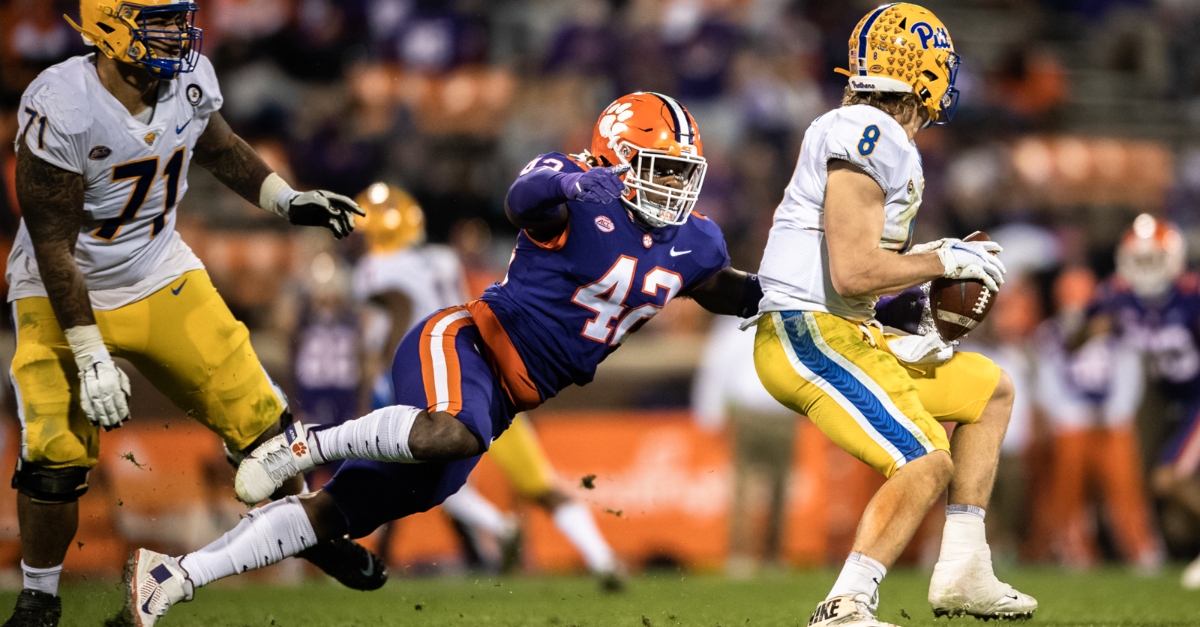 Clemson's defense will have to pressure Pickett

The ACC matchup featuring Clemson and Pittsburgh will be aired on Saturday at 3:30 p.m. on ESPN.

Vegas odds have been released for the game, and the Tigers opened up as a three-point favorite.

Update: Several other oddsmakers besides DraftKings have opened Pitt as a two or three-point favorite.

Many fans likely won't believe that the Tigers could be favored in this game, but Clemson's defense is pretty salty, and defense usually travels.

Standout quarterback Kenny Pickett knows they will have their hands full against a talented Clemson squad.

"They're a heck of a team. I know everyone's talking about them like they're not Clemson. They're still Clemson."

Pittsburgh has a high-powered offense and beat up on Virginia Tech 28-7 on Saturday to go to an impressive 5-1 on the season. The Panthers are averaging 48.3 ppg while Clemson is averaging only 20.5 ppg.

Clemson squeaked by Syracuse 17-14 to get a road win on Friday night.