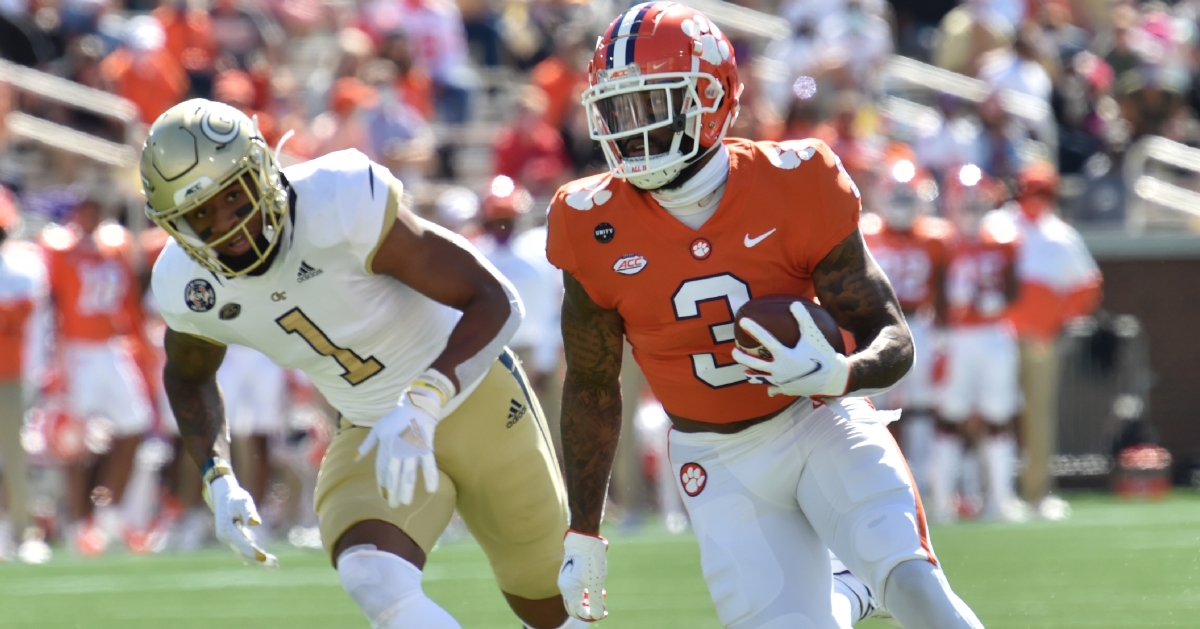 CLEMSON, S.C. — The Atlantic Coast Conference announced today that quarterback Trevor Lawrence (Quarterback of the Week) and wide receiver Amari Rodgers (Receiver of the Week) have earned ACC Player of the Week honors for their performances in Clemson’s 73-7 victory against Georgia Tech on Saturday.

Clemson has earned a total of 532 weekly honors since 1968. The two selections this week give Clemson seven Player of the Week honors this season.

Lawrence earned his third ACC Quarterback of the Week honor through Clemson's first five games. Including Rookie of the Week honors earned as a freshman in 2018, Lawrence's 10 career selections now tie Deshaun Watson for second-most in school history and pull him within one of Sammy Watkins (11) for the most by a Clemson player all-time.

Against Georgia Tech, Lawrence completed 24-of-32 passes with career highs in passing yards (404) and passing touchdowns (five). He posted his first career 400-yard passing game, the 10th by a Clemson quarterback all-time. It represented the first game with at least five passing touchdowns by a Clemson quarterback since Deshaun Watson’s six-touchdown performance against South Carolina in 2016.

On Saturday, Rodgers recorded his third career 100-yard receiving game, finishing with a career-high 161 yards on six receptions. He caught two touchdowns in the contest to register his second multi-touchdown game of the season.