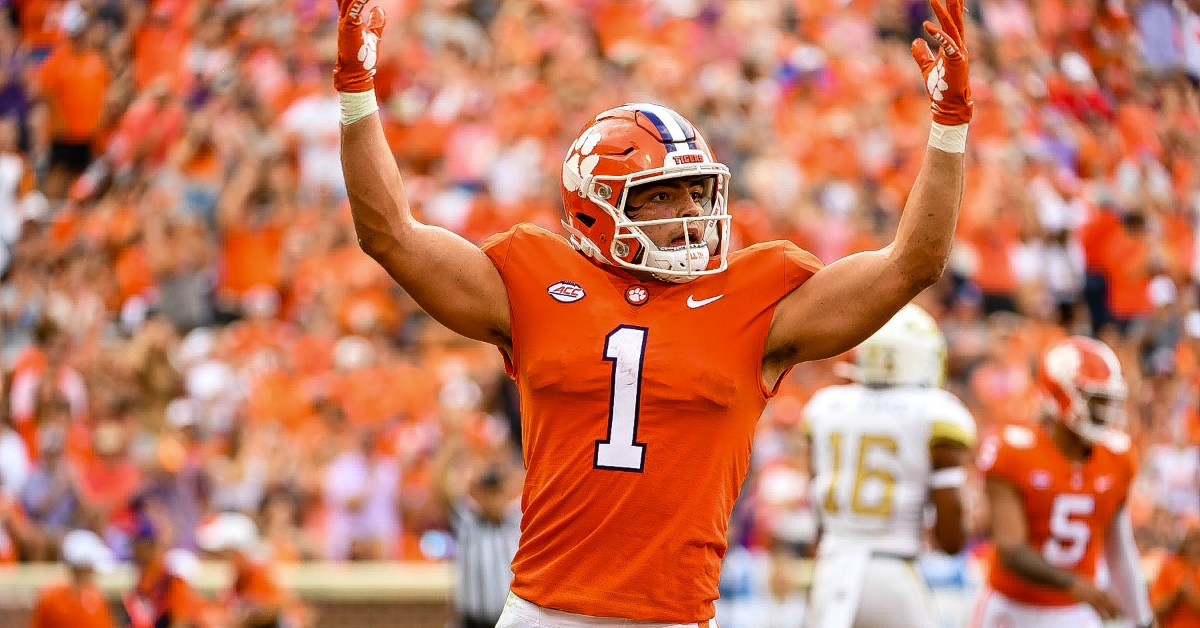 CLEMSON, S.C. — The Atlantic Coast Conference announced today that linebacker LaVonta Bentley (Linebacker of the Week) and running back Will Shipley (Rookie of the Week) have earned ACC Player of the Week honors for their performances in Clemson’s 14-8 win against Georgia Tech on Saturday.

Clemson has now earned a total of 545 weekly honors since 1968, including four honors this season. Linebacker James Skalski secured ACC Linebacker of the Week honors following Clemson’s season opener against Georgia and Shipley earned ACC Rookie of the Week for his performance against South Carolina State.

Bentley learned pregame that he’d be making his first career start after incumbent starter Baylon Spector reported knee inflammation in pregame warmup. Bentley responded by recording a team-high 13 tackles, including a team-high 3.0 tackles for loss and one sack. He and his teammates helped Clemson hold a third straight opponent without an offensive touchdown, Clemson’s first time doing so at any point in a season since 1990 and its first time doing so in the first three games of a season since 1950.

Shipley recorded career highs in rushing attempts (21) and rushing yards (88) and tied his career high with two rushing touchdowns. In the process, he joined Travis Etienne (three in 2017) and Deshaun Watson (two in 2014) as the only true freshmen to rush for multiple touchdowns in multiple games in the Dabo Swinney era. He also became the first Clemson true freshman with multiple rushing touchdowns in consecutive games since Etienne accomplished the feat against Florida State and The Citadel in 2017.