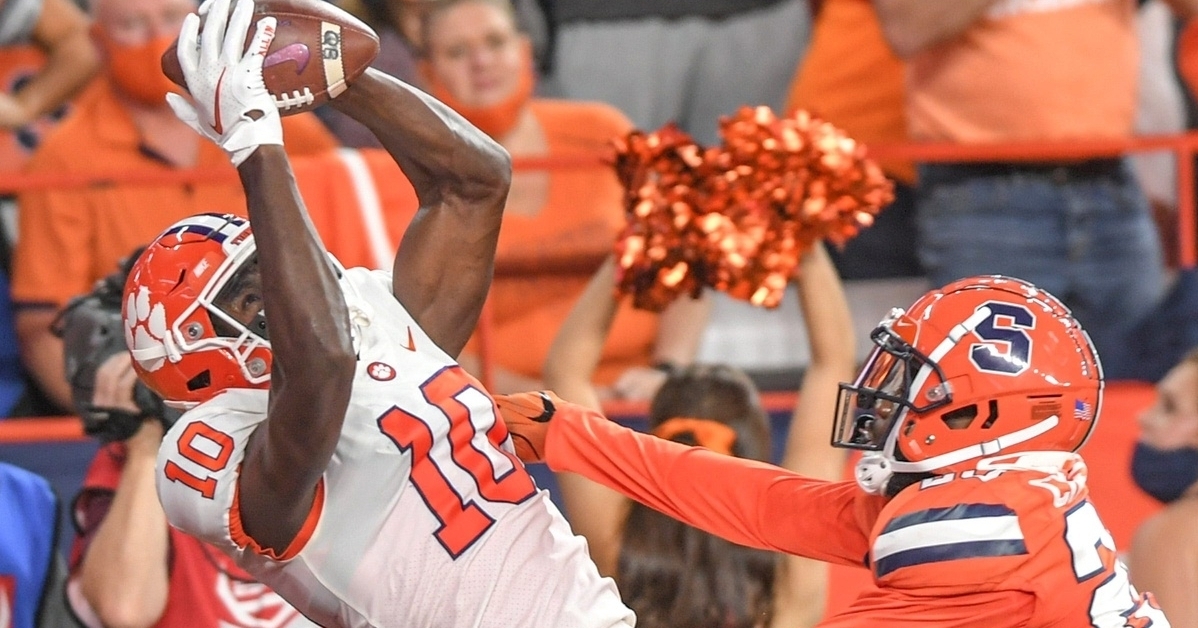 No. 25 Clemson escaped with a narrow 17-14 road win against Syracuse in the Carrier Dome on Friday night.

The Orange decided to play for the tie and kick a 48-yarder with under a minute to go in the contest but missed the kick wide left.

The Clemson defense was solid allowing only seven points in the second half while the offense had 198 passing yards and 116 yards on the ground during the game.

Check out some of the Twitter reactions from the contest:

Clemson survives after Syracuse misses a 48-yard field goal. Dino Barbers kinda bungled that whole sequence. Should have gone for it on 4th and 1 and tried to get closer

Clemson survives because even bad Clemson still has better luck than Syracuse.

Clemson’s going to win the ACC while never scoring 20 points in regulation, and it’s going to be so incredibly hilarious/infuriating.

I really thought Clemson would have figured some things out over the off week, but it was more of the same. Needed to stick more with the run, run DJ more, and frankly, DJ is in such rough shape mentally, i don’t know how this gets fixed.

And since y'all asked so nicely, 17-14 is not a @ClemsonFB winning Scorigami. The Tigers have now won by that scoreline twice in their history, previously at Maryland in 1962.

But you know what it is? A win. And I'll take it. Go Tigers! pic.twitter.com/gxKah7HBgq

Clemson had an open date to fix the “easy layups” that have been issues and yet - nothing easy about watching what is happening on offense. This is who the Tigers are right now.

Seems like everyone who was subjected to that Clemson-Syracuse was just confounded by Babers: pic.twitter.com/3USnaVpZDM

It’s been nearly 4 years since Clemson scored under 20 points in regulation and they’ve done it 5 times this year.