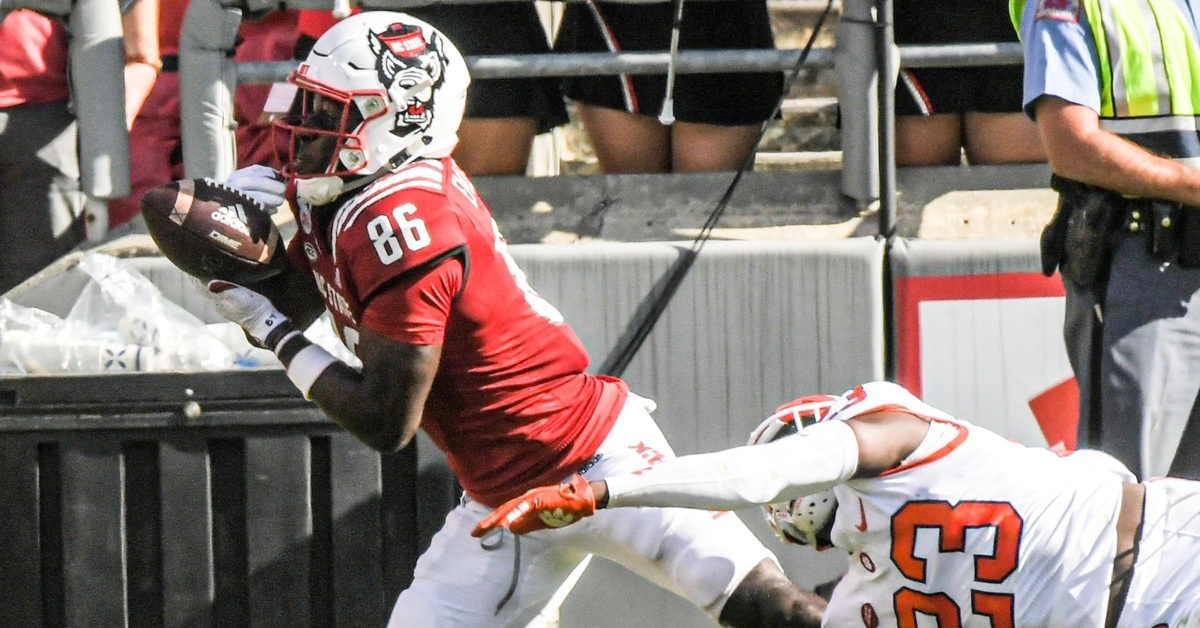 The first road game of the season for No. 9 Clemson was a difficult one as they fell 27-21 to North Carolina State in double overtime on Saturday.

Clemson had a 36-game winning streak with un-ranked opponents snapped with the heartbreaking loss.

With Clemson's loss to NC State on Saturday, the Tigers are in danger of falling outside the AP Top-10 for the first time since September 2015.

Clemson has been in the AP Top-10 for 97 straight weeks, tied with Alabama for the 2nd-longest streak in the Poll Era. pic.twitter.com/YkBApA4sHk

This hurts deeply. Lets keep fighting. Love my guys no matter what ??

NC STATE TAKES DOWN NO. 9 CLEMSON IN 2OT! ?? pic.twitter.com/pC7q7WUnIP

Wow Clemson lost?!? Has to be the story of the day

On the offense this past Tuesday:

No 2 loss team has ever made the playoff. Clemson is 2-2

i think he looks good. but what clemson has done has been largely about watson and lawrence. and d.j. isn't that. hardly anyone is. https://t.co/z9al2Grrz4

It's not just that Clemson is (already) a two-loss team. It's that the ACC isn't strong, either. Which is why *this* is not the specific scenario that will give us the first two-loss CFP team.

Only 3 NC State quarterbacks have beaten Clemson this century...

It might seem shocking on Twitter, but this loss was inevitable in many ways. Clemson's defense bailing out an ugly offense was never going to be sustainable for the long haul.

There is just no big threat on the offensive side of the ball idgaf when y’all see it! Calling it like it is. Game shouldn’t have even came to that!

Our offense is difficult, we make it hard when we don’t take what the defense gives us… our players are better than their players, let them make plays https://t.co/HrcwyKPuWX

But that Nov. 27 game hosting Clemson may have many looking up, "What's the lowest-scoring rivalry game in history?"

We control the ACC after playing Clemson, can’t think of a time in my lifetime that’s been true

At this point I want ALL the chaos in CFB

Clemson is the 3rd preseason Top 3 team in the last 6 years to have two losses by the end of September - 2016 Oklahoma, 2017 Florida State are the other two. Kind of surprised its happened this much recently.

Clemson gets their 2nd loss

Oklahoma fans calling for Spencer Rattler to be benched

A cigar and a solo cup.

Since Terry Bowden quit his GA job at Clemson to become head coach at ULM:

Clemson’s 87 points in 4 games makes them the lowest scoring team in the ACC Atlantic Division.

Boston College leads the division with 165.

Carolina and Clemson with the same record after four weeks pic.twitter.com/YREE1cqsRS