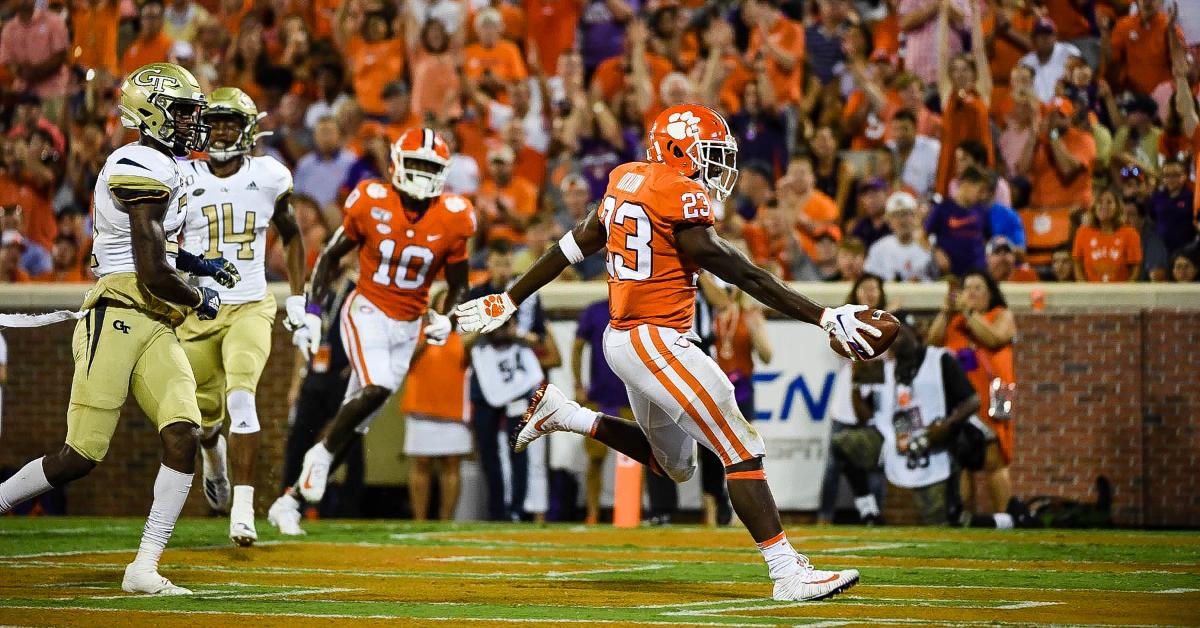 Clemson hopes to continue their winning ways against Georgia Tech

No. 1 Clemson will face off against Georgia Tech at Bobby Dodd Stadium on Saturday at 12 p.m. (ABC).

The television announcers for the ACC showdown will be Bob Wischusen (play-by-play), Dan Orlovsky (analyst), and sideline reporter Marty Smith.

Don Munson, Tim Bourret and Reggie Merriweather will broadcast the game on the Clemson Tigers Network.

The Tigers opened up as a 27-point road favorites against the Yellow Jackets.

Both teams are coming off impressive wins as Clemson beat up Miami 42-17 while Georgia Tech rallied for a 46-27 comeback victory over Louisville.