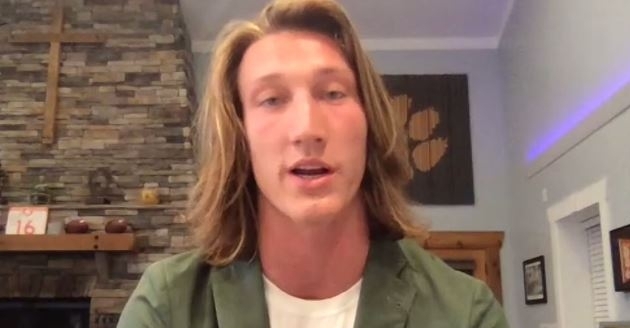 Lawrence to Clemson fans: "Thank you"

Trevor Lawrence made Clemson history Thursday night when he became the school’s first NFL draft No. 1 overall pick. After the selection by the Jacksonville Jaguars, Lawrence held a teleconference with the media and he was asked if he had a message for Clemson fans.

"First of all, thank you," Lawrence said. "You guys have made my experience here at Clemson the best I could ever imagine, honestly. Coming into school I never would have dreamed of really being at this point but also the success that we had. Aside from the success, just the support you guys show week in and week out in everything we do."

Lawrence said being the first-ever number one pick from Clemson is special to him.

"On top of that, being the first number one pick from Clemson," Lawrence said. "There have been so many great players come through Clemson. That's obviously special to me. I don't take that lightly. It just kind of shows we made history ever since I have been at Clemson, and it has been awesome to be a part of that with Coach Swinney and all my teammates.

Lawrence hopes to continue to make history in Jacksonville.

"That's the plan moving on to Jacksonville. Just continue to do things that haven't been done. Continue to lead and do things the right way."