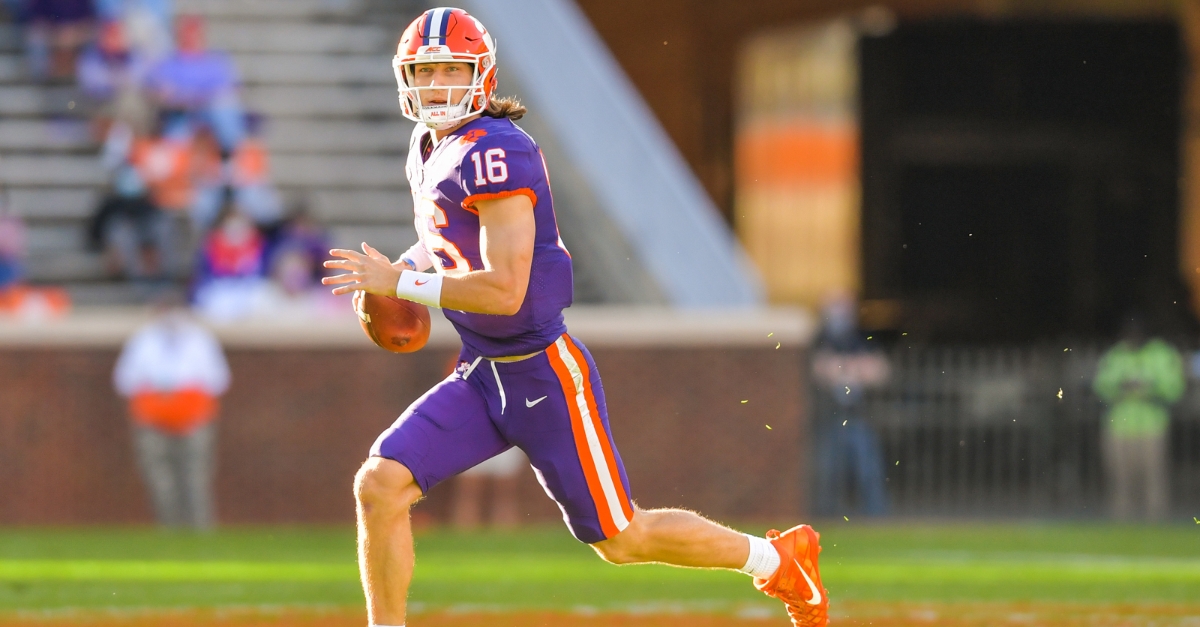 Lawrence is expected to be in the top half of the league in year one. (Clemson athletics photo)

The Jacksonville Jaguars' rebuild is underway now after a 1-15 2020 campaign which earned them the top overall pick and a chance to select Clemson's Trevor Lawrence.

Just what can we expect from Lawrence in year one? ESPN's fantasy sports rankings put a number on it recently.

Over the 17-game season ahead, ESPN projects that Lawrence throws for 4,261 yards with 23 touchdowns to 14 interceptions with a 63 completion rate and rush for three touchdowns and average 4.5 yards per carry there. He is rated the No. 13 QB overall, with Cincinnati's Joe Burrow a spot ahead after his injury comeback and Buffalo's Josh Allen atop the list.

Lawrence averaged 273 passing yards per game over his sophomore and junior seasons, tossing for 60 touchdown to 13 interceptions with a 67.3 completion rate. He totaled 17 rushing touchdowns over the last two seasons as well. 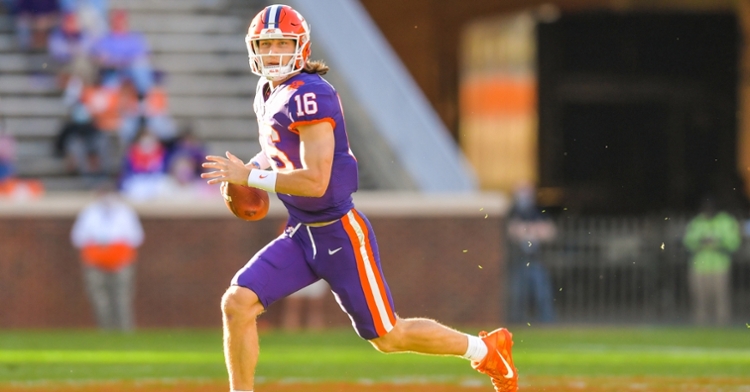 Lawrence is expected to be in the top half of the league in year one. (Clemson athletics photo)"
Get the latest Clemson gear right here!
Comment on this story