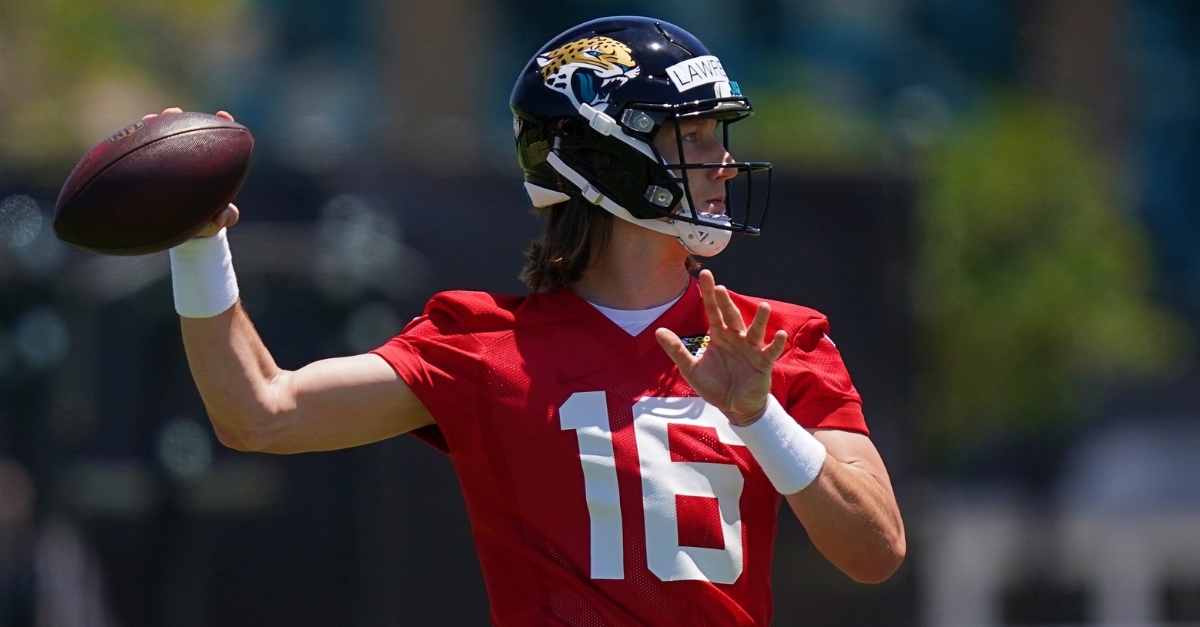 Trevor Lawrence isn't set for any consequential game action for another three months, but life as the No. 1 overall pick brings scrutiny and there have been questions about his latest injury.

The former Tiger QB suffered a minor hamstring injury recently and he is doing better.

"It's feeling good. It's been about a week. Just trying to work it back to full capacity," Lawrence told reporters (via NFL.com). "It's a little frustrating just not being able to go full speed. I'm feeling good and just trying to not have any more setbacks. So taking it slow. Got some good reps today.

"So start getting more and more each day this week. And just kinda work back into it. It's doing great. Try to work it back."

Jaguars coach Urban Meyer said Lawrence could play if he had to but they are being "cautious."

What he has shown in offseason practices has been impressive, however.

"The way he's putting it away from everybody. It's just insane to see that so early in a quarterback. You talk about coming into the league with such high hopes, and he's proving that," Jaguars cornerback Shaquill Griffin told reporters Monday.