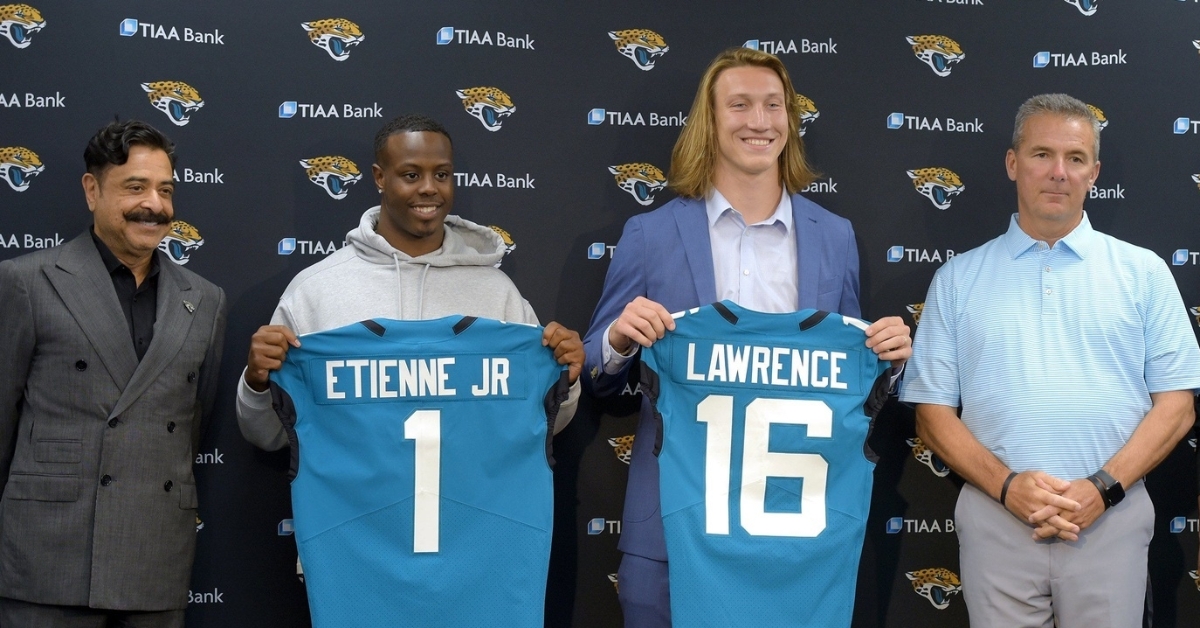 A jersey like Lawrence is holding in this photo will display prominently in the Nugent household (Bob Self/Florida Times-Union).

Trevor Lawrence has been a little busy lately in his new role as the face of the Jacksonville Jaguars franchise, but he did take the time to help out one of his new fans on social media.

Posting on his own on Twitter account for the first time in over a week, Lawrence gave an all-caps response to a fan seeking a particular shout-out: "HANG EM' UP!"

Hang what up? That would be Jags fan Logan Nugent winning a bet of sorts with his fiance that he could get Lawrence to acknowledge Nugent's bid to hang Lawrence's and his new teammates' jerseys in the living room of the new house they're moving in.

"It went crazy from then," Nugent told ESPN this week of Lawrence recognizing the tweet in front of his 209,000 Twitter followers. "My phone hasn't stopped buzzing since 7 p.m. [Thursday] night."

"They don't have to do stuff like that [respond to fans' tweets], and I know they get tweets like this all day," Nugent said to ESPN. "It's awesome."

ESPN noted that the couple's wedding will be in December and part of the honeymoon will be attending a Jags game that month.