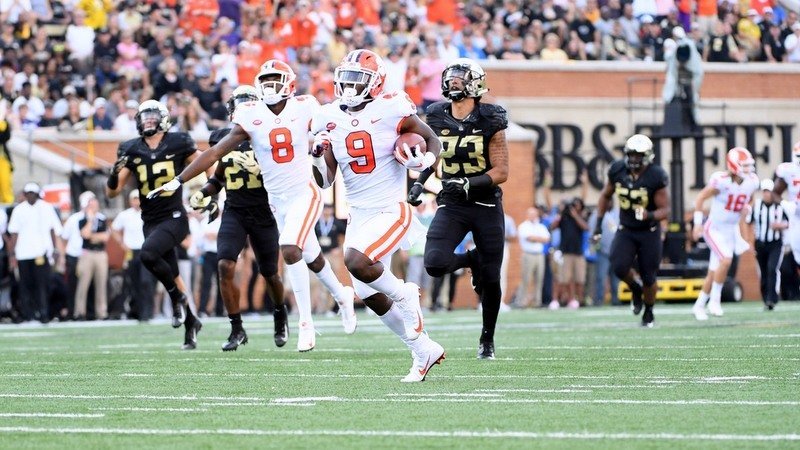 The PwC SMU Athletic Forum announced Monday that Clemson running back Travis Etienne has been named a finalist for the 2018 Doak Walker Award, which annually honors the nation’s top college running back. Etienne joins Memphis’ Darrell Henderson and Wisconsin’s Jonathan Taylor as one of three finalists for the award.

Etienne becomes only the second player in Clemson history to be named as finalist for the award and will attempt to become the first Clemson player to win it. C.J. Spiller was one of three finalists for the award in 2009.

This season, Etienne has rushed 136 times for an ACC-best 1,157 yards with a school-record-tying 17 rushing touchdowns and caught nine passes for 56 yards with a receiving touchdown. He reached the 1,000-yard mark on his 117th carry of the season against Boston College, becoming the fastest to 1,000 rushing yards in a season in school history.

The honor will be announced during the College Football Awards on Dec. 6 (7 p.m./ESPN).