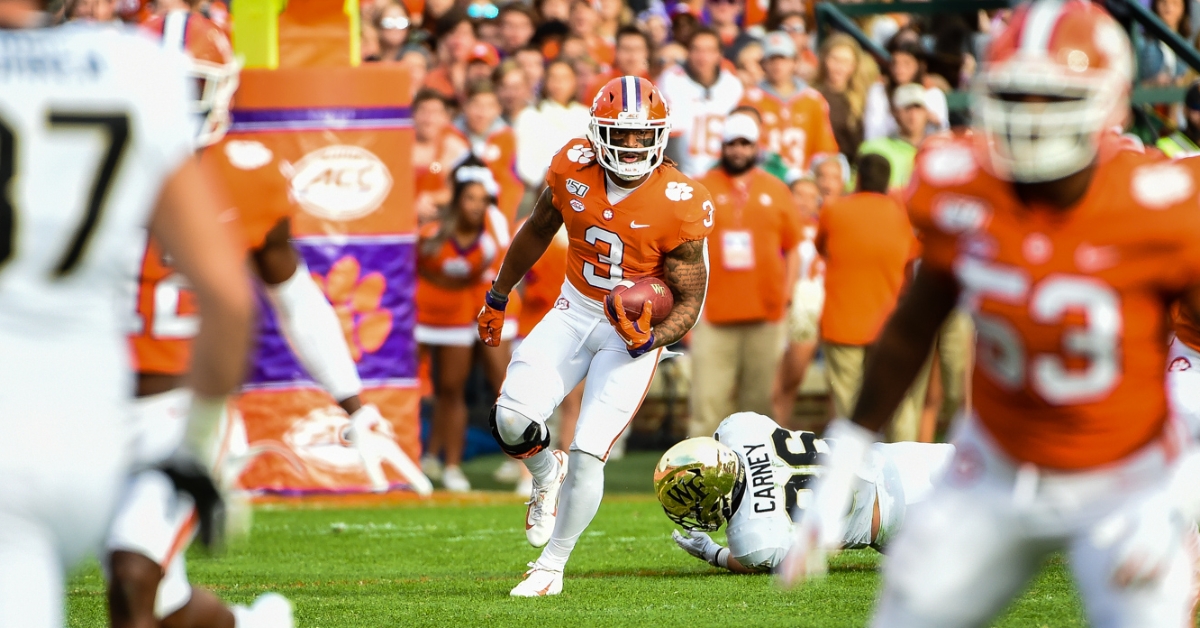 Rodgers is up for the Paul Hornung Award, which goes to the most versatile player in college football.

Just months removed from a torn ACL, Rodgers made an impact in his comeback early in the 2019 season, hauling in 30 catches for 426 yards and a TD and also averaging 8.4 yards per punt return over 13 games.

Rencher, a running back and former walk-on, is up for the Wuerffel Trophy, which is billed as "college football's premier award for community service."

Rencher was among the leading organizers of "A March for Change" that brought out several thousand people in June to support a push for equality and to condemn police brutality in the wake of George Floyd's death.