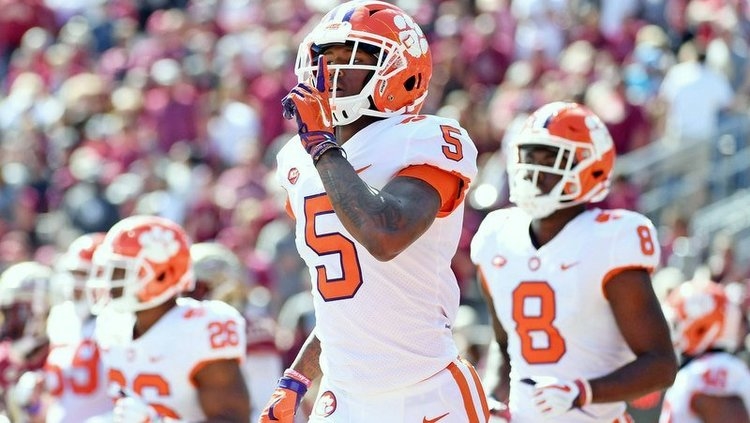 CBS Sports released their way-too-early 2020 NFL mock draft this week, and three Tigers were listed in the first round with linebacker-safety hybrid Isaiah Simmons, receiver Tee Higgins, and running back Travis Etienne.

Alabama led the list with seven prospects in the top 32 with Clemson and Georgia following them with three apiece.

Higgins was projected to go No. 18 overall to the New York Jets.

“Robby Anderson is slated for free agency after 2019, so the Jets will have an opportunity to dip into this class and find a new starter. Higgins was a big part of Trevor Lawrence's success in 2018 and should be a lock to go in the first round next year.”

Simmons went one pick later at No. 19 overall to the Dallas Cowboys.

"The Cowboys passed on some great talent at the safety position with their first pick in the 2019 draft, but they address the position here. Simmons is a safety/linebacker hybrid who the Cowboys can employ as their box safety.”

Etienne was predicted to go No. 23 overall to the Indianapolis Colts.

“The Colts have done a great job finding young talent the last few years, and that leaves them without many needs heading into the 2020 draft. That could put them in play for a home-run threat at running back like Etienne, who averaged 8.1 yards per carry in 2018.”