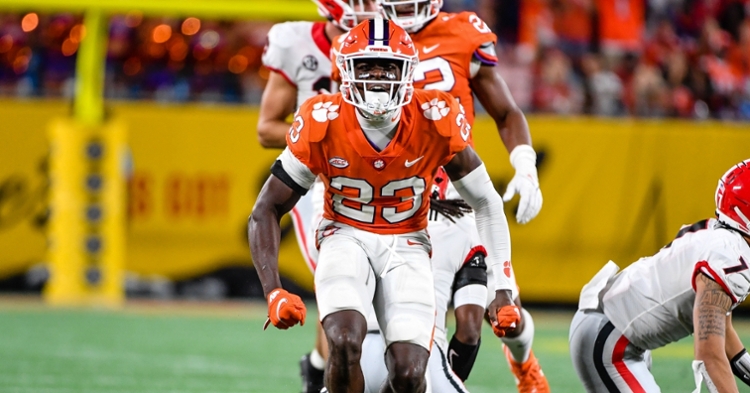 Booth has impressed through three games this season.

Pro Football Focus assessed the best NFL draft prospects through under a month of college football action Friday and three Tigers are in the top-60 so far.

Leading the way is preseason All-ACC corner Andrew Booth Jr., at No. 12 overall.

"While Clemson has had its issues early on, it hasn’t been on the defensive side of the ball. Booth has been targeted 11 times, allowing only two first downs and 45 total yards," PFF's Michael Renner wrote.

Next up from Clemson is defensive tackle Tyler Davis (54) and wide receiver Justyn Ross is right in the same range (59).