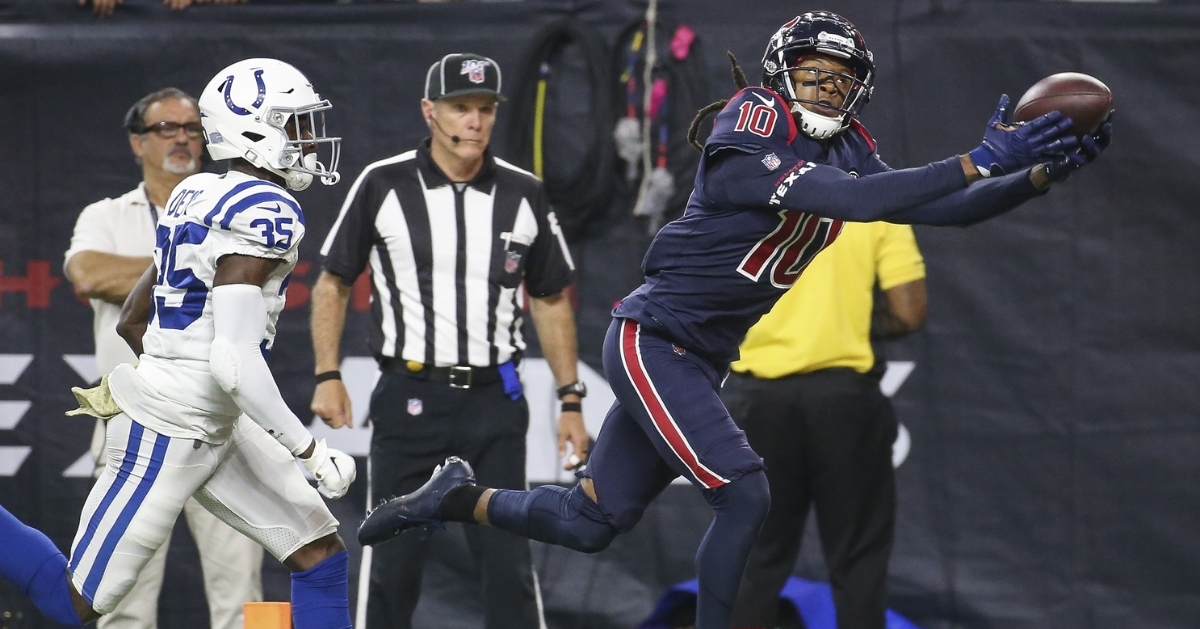 The NFL's top receiver is on the move.

Per reports, the Texans will receive running back David Johnson in the transaction, as well as a pair of draft picks (second round this year and fourth round next year).

Since going in the first round of the 2013 draft, Hopkins has dominated at the NFL level -- coming off of three first-team All-Pro seasons in a row with former Clemson QB Deshaun Watson manning the Texans offense. The Daniel High (SC) product was named the NFL offensive player of the year in 2018 by Pro Football Focus.

Texans are trading DeAndre Hopkins to Arizona, per source.

DW4 has to get outta Houston ASAP. They do not care about this man’s wellbeing at all.

How and the HELL you trade your best WR!

Nobody saw that trade coming...