Former Clemson quarterback confirmed to TigerNet Friday morning that he has agreed to terms with the Pittsburgh Steelers on a one-year contract. Boyd worked out for the Detroit Lions last month, but there has been recent buzz the Steelers might take a flyer on Boyd.

Current Steeler quarterbacks on the roster include Ben Roethlisberger (starter), Bruce Gradkowski (backup) and Landry Jones (#3 QB). Boyd will more than likely battle Jones for the third-string quarterback position and a roster spot in camp.

Jones has not played in a NFL game in two seasons and Gradkowski is in the final year of a three-year contract.

In 2014, Boyd was 8 for 17 for 98 yards and a touchdown in the NFL preseason with the New York Jets but was cut before the season started. He also had a playing stint with the Fall Experimental League (FXFL) for the Boston Brawlers.

Boyd passed for 11,904 yards with a 64.3% completion rate, 107 touchdowns and 39 interceptions during his outstanding career at Clemson. He also rushed for 1,100 yards and another 26 scores on the ground. The former fan-favorite was also the ACC player of the year in 2012.

The @steelers have signed QB Tajh Boyd (@TajhB10) to their offseason roster. 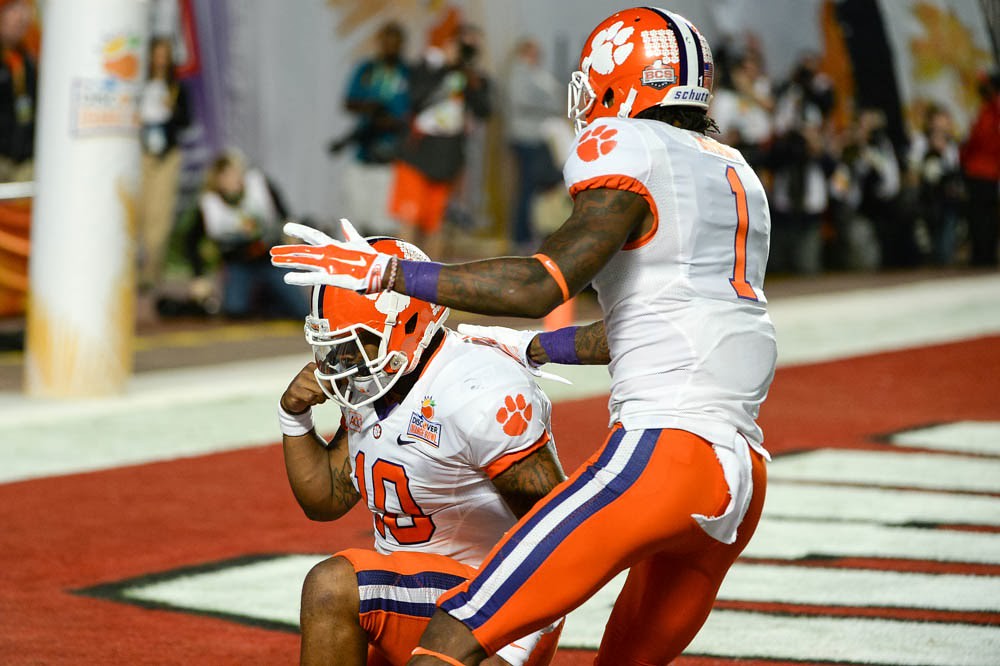