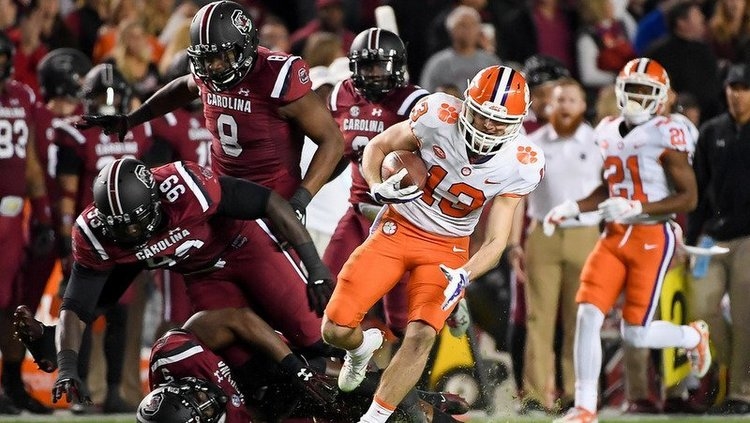 Clemson receiver Hunter Renfrow was injured trying to make a spectacular catch in the second quarter during the 35-6 victory against Duke.

Renfrow went to the locker room with help by the training staff after the play and didn't return to the ballgame.

Swinney said during Tuesday's press conference that Renfrow is still being evaluated.

"Nothing has changed," he said. "He's day-to-day and we're hoping for the best."

Renfrow broke two schools records during last Saturday's contest with his 39th consecutive game with a catch AND his 43rd career start to break Terry Smith's school record for career starts by a wide receiver (42 from 1990-93).