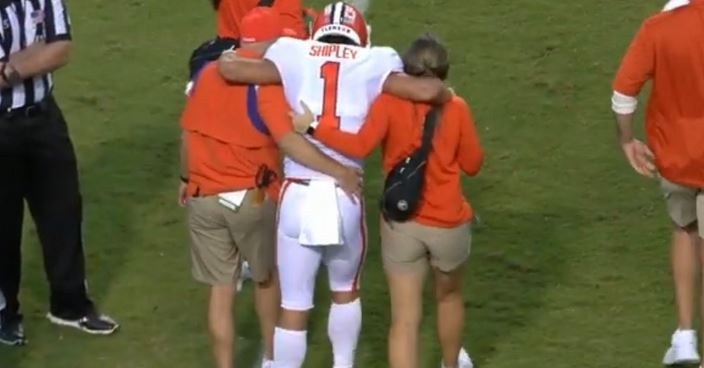 Shipley was injured in a physical game against the Wolfpack

Swinney talked to the media during his Sunday teleconference and had some good injury news to share.

"We did get some great news on Will Shipley, as he did not tear his ACL," Swinney said. "He should be back in a few weeks. It was kinda his shin/tibial area. He will be on crutches for a few weeks and be worked back after that with his rehab. It could be three or four weeks. I just know he will be back."

This is certainly good news for Clemson fans as most people watching on television assumed that Shipley had a season-ending injury by the way that he had to be helped off the field by the training staff.

Swinney was asked by a reporter right after the loss on Saturday night if he is comfortable with the running back depth without Shipley and the loss of veteran Lyn-J Dixon.

"We got who we got," Swinney said.

Look for Kobe Pace to get more reps in practice and possibly more carries against an undefeated Boston College squad during Saturday's homecoming game.

In other injury news, Swinney confirmed that Bresee has a torn ACL and Skalski will be fine with his shoulder injury.