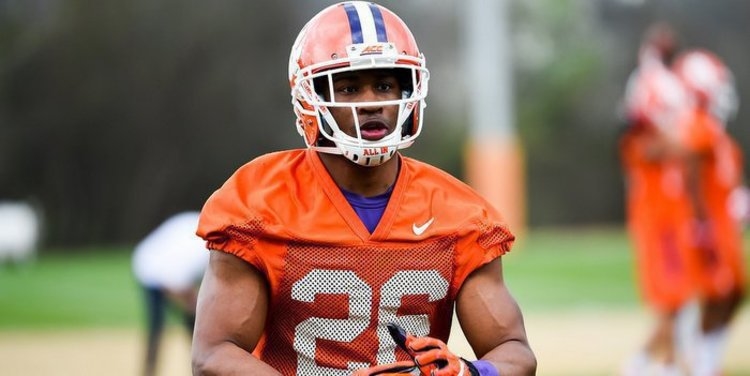 Choice will be ready against Virginia Tech

Clemson coach Dabo Swinney spoke to the media following Wednesday's practiced and shared an update on the injury status of several players on his team.

RB Adam Choice (ankle) - He should be fine.

OL Maverick Morris - He practiced and should be fine.

Before sitting out last week's game, Greenlee had already doubled his snap count from last season (25) with 51, including 22 versus Auburn in week two.

DB Marcus Edmond (ankle) - He is still out.

Edmond has played 14 snaps this season and earned the 12th Man Award last season with 19 tackles, an interception and three pass breakups in 323 snaps.

CB Trayvon Mullen and CB Mark Fields both practiced and are good to go. Mullen is out of the concussion protocol and practiced today. Fields has practiced Tuesday and Wednesday.