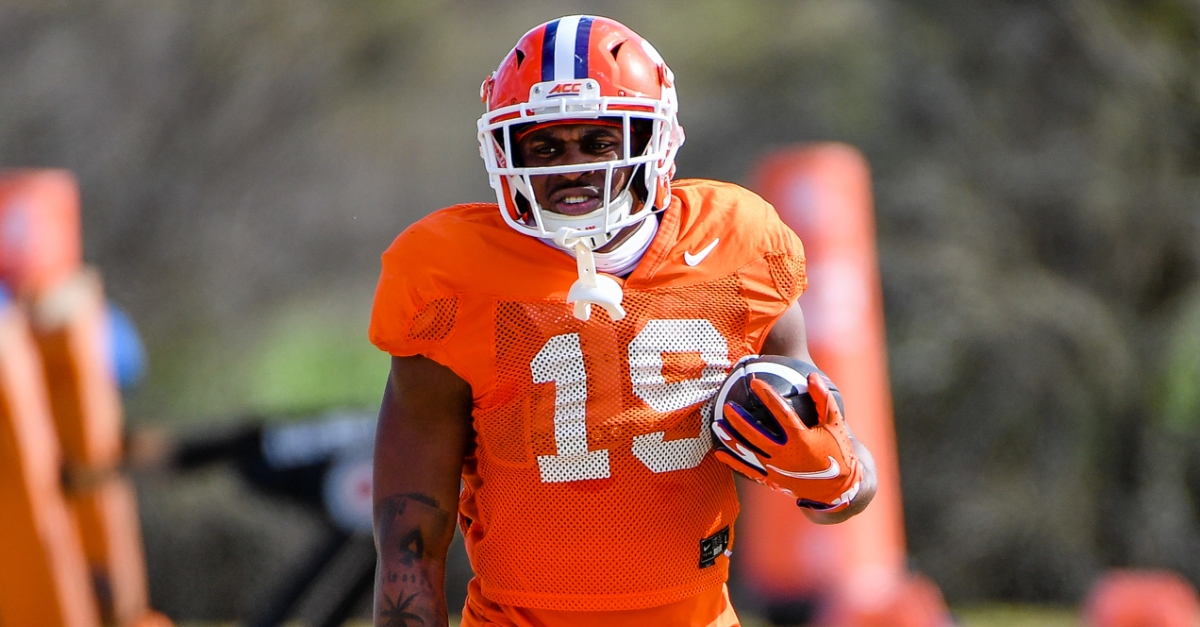 Dukes had a "team issue" and decided to leave.

Clemson coach Dabo Swinney was asked about running back Michel Duke's transfer this week and offered an extra detail on it.

The junior out of Charleston entered the transfer portal earlier this week. Dukes was largely buried on the depth chart, but he was on the travel roster for the Syracuse trip.

Swinney said Wednesday after practice there was a "team issue" with Dukes "and consequences for that and he just decided he was ready to move on."

"Just had a team issue this week with him and just felt like it was time to move on," Swinney said. "He hasn't really played. You hate it. Again, that's kinda where we are with college football. And he is one of the best athletes on this team, but it takes a lot more than that. I wish him nothing but the best and I will do anything I can to help him. Just focused on the guys that are here."

Dukes had one rush for seven yards and a 3-yard catch this season. He entered 2021 with 205 rushing yards and two scores on 40 carries in 88 snaps over 18 games.