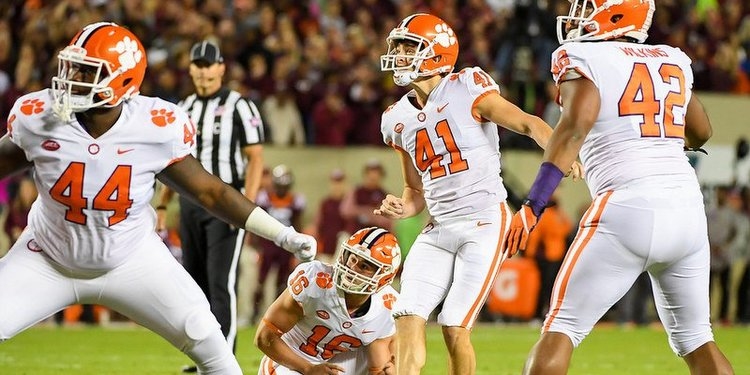 Spence is just 2-for-6 on field goals this season

Clemson lost starting placekicker Greg Huegel to a torn ACL a few weeks ago, and replacement Alex Spence has struggled on field goals, including a 1-for-3 effort in a three-point loss to Syracuse Friday.

Head coach Dabo Swinney told the media Monday that the spot was open for competition.

"I think everything is open. When you lose a ball game, you look at everything," Swinney said Monday. "Now he's 2-for-6, so he's had plenty of opportunities. It's not like we're kicking 50-yarders. Nobody is more disappointed than him. Physically, he can do it, it just hasn't quite transitioned for him right now to the game field.

"But after six opportunities, being 2-for-6, that's just not where we need to be. So absolutely. We're going to look at all options."

Daniel product Christian Groomes is the only other kicker on the roster that's attempted a kick. He kicked two extra points last season.