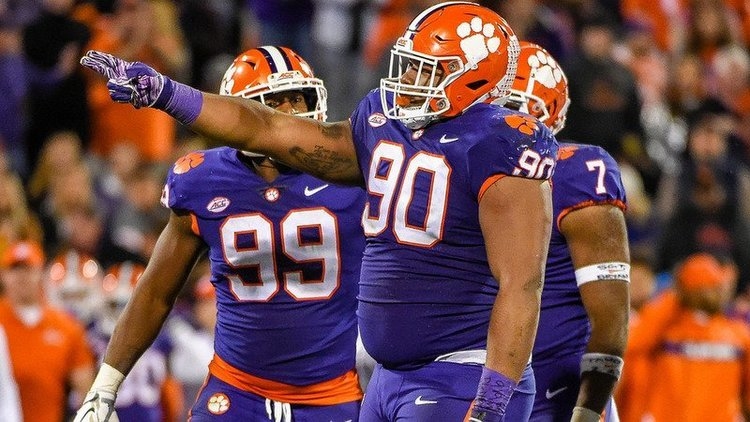 Lawrence is an impressive athlete at 340 pounds

Clemson head coach Dabo Swinney was interviewed on CBS Sports Radio on Wednesday to talk about various subjects including giving a scouting report on some of his former players that will be transitioning to the NFL.

Swinney called Christian Wilkins a dynamic player that will be special in the community.

“Master’s degree in three-and-a-half years, never made below a 3.0, won the Campbell Trophy which is the academic Heisman, big personality, loves to practice, loves the weight room, going to be unbelievable in the community – this guy is going to be a game-changer,” Swinney said. “This guy is as dynamic a player as there is and such a leader.”

Swinney didn't forget about Clelin Ferrell who he thinks is a complete defensive end.

“Clelin Ferrell, I think, is the best end in the draft,” Swinney said. “I think he’s the most complete player in the draft at his position. This is just a special group. They’re going to all land somewhere, and they’re going to make a huge impact with their new teams.”