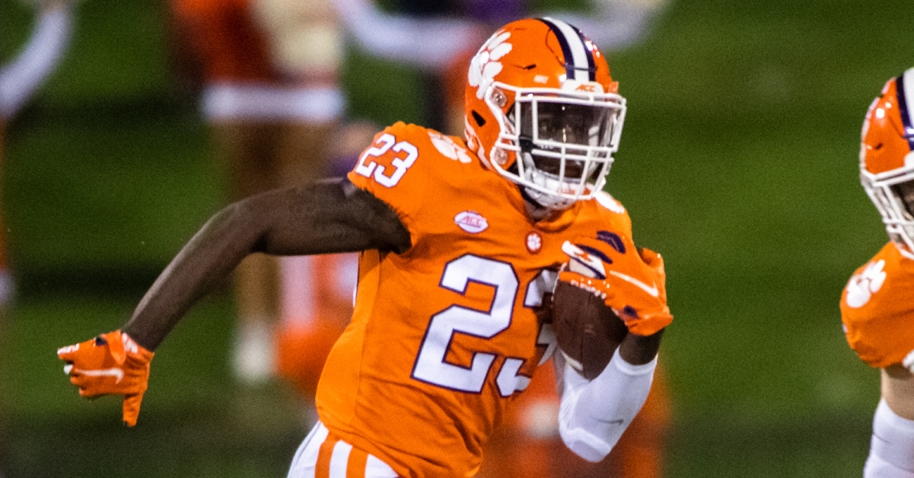 Dixon has five carries over two games for 37 yards and a 14-yard TD catch.

Sometimes the depth chart released by Clemson can come with quite the serving of salt, but there's no mistaking one part of it this week.

Lyn-J Dixon and his playing time early in the season -- or lack thereof -- has been addressed by Clemson coach Dabo Swinney already, but Swinney was asked on his call-in show Monday about Dixon being listed as third-string behind Will Shipley and Kobe Pace this week.

"Lyn-J is hopefully gonna come on and mature a little bit and buy into what we need him to do on and off the field. If he does that, the football part will take care of itself. But it all goes together. Or at least it does here."

Dixon has played 30 snaps so far, ranking third to Pace (44) and Shipley (42), but the senior has averaged 8.5 yards per touch of the ball this season with a touchdown (five rushes for 37 yards; 1 TD catch for 14 yards).