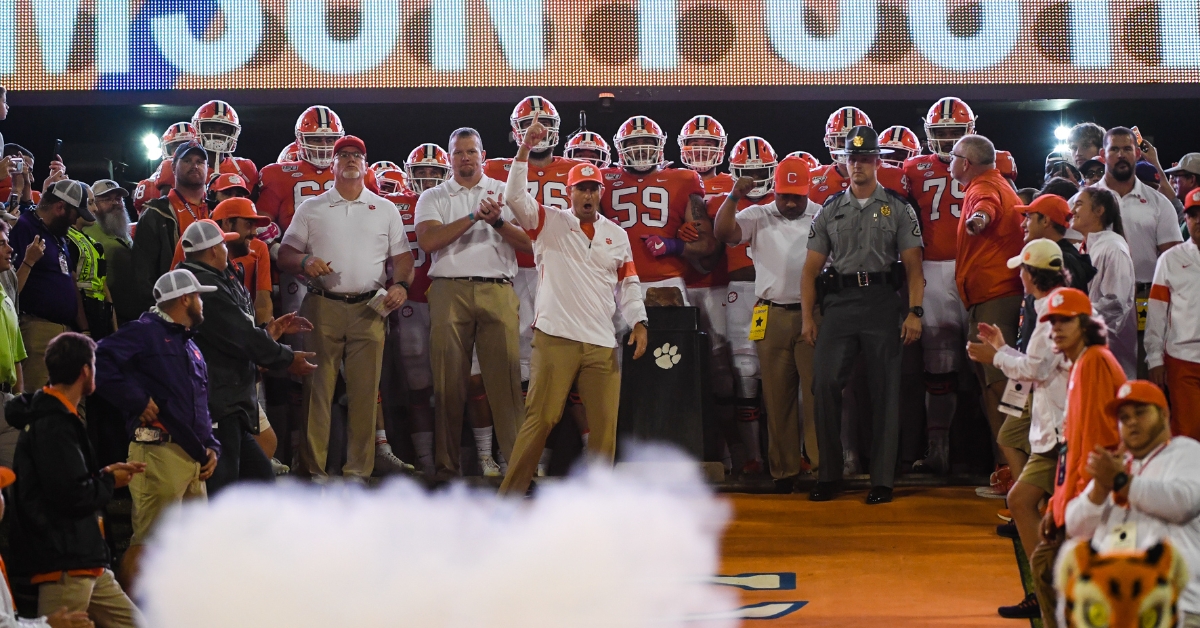 Swinney is ready to go forward with the teams scheduled to play in September.

Clemson coach Dabo Swinney was asked Thursday at his post-practice press conference if the Playoff should be delayed a bit to accommodate potential late-fall or winter schedules from the Pac-12 or Big Ten.

Swinney says he's ready to move forward with the schedule as is.

"We are ready to roll. That would be something I would not be in favor for," Swinney said. "I am all in favor of them playing. I’d love for them to play. That would be great. I think testing is a great opportunity for everyone for sure. It would be kind of hard to start in November and then get in there."

Reports have been all over the place on when the Big Ten may resume, ranging from October to some time in the winter, while the Pac-12 announced Thursday a partnership with a testing organization to have daily and rapid COVID-19 testing soon.

"We wouldn’t want to push the season in February and all that stuff," Swinney maintained. "We are going to push forward. If something changes, it changes, but that is where we are right now."