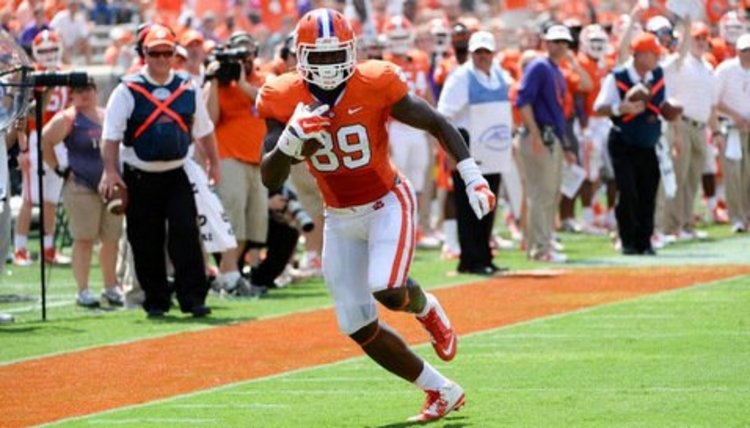 "I apologize to all my fans and the Clemson community, I am a man and will deal with the consequences. I made a mistake and will grow from it."

Swinney discussed various topics including McCullough's suspension at a Wednesday morning press conference. "Jay Jay is a redshirt junior but he will have the chance to come back to school next week and graduate in the summer, and then he will move on," Swinney said. "If he wants to play somewhere else next year that’s up to him."

McCullough has 11 receptions for 113 yards and touchdown during his career at Clemson.

Official Clemson Bio: Junior who has served as a reserve tight end, after playing some running back earlier in his career ... mainstay on Clemson’s kickoff return unit, as well as other special teams units ... has 11 receptions for 113 yards and one touchdown along with 43 yards on six carries in 405 snaps over 30 games (two starts) in his career. 2015: Has logged 98 snaps over 12 games, appearing on offense in 11 contests ... valuable blocker in Clemson’s high-powered rushing attack that averages well over 200 yards per game ... ?rst action came against Appalachian State, where he saw 11 snaps ... played eight snaps offensively and also special teams against Boston College ... logged 24 snaps and graded 84 percent at Miami ... played 20 snaps in win over Wake Forest.

I apologize to all my fans and the Clemson community,I am a man and will deal with the consequences. I made a mistake and will grow from it??