Anthony will have two years of eligibility left and will be able to play for his new school this year. He lettered in 2012 and 2013 and played in 17 games over those two years, five as a starter. He redshirted the 2011 season and was listed as a backup offensive tackle entering fall camp. The native of Williamston, S.C. played in 10 games last year for the Tigers’ 11-2 team that finished seventh in the final USA Today Coaches Poll. 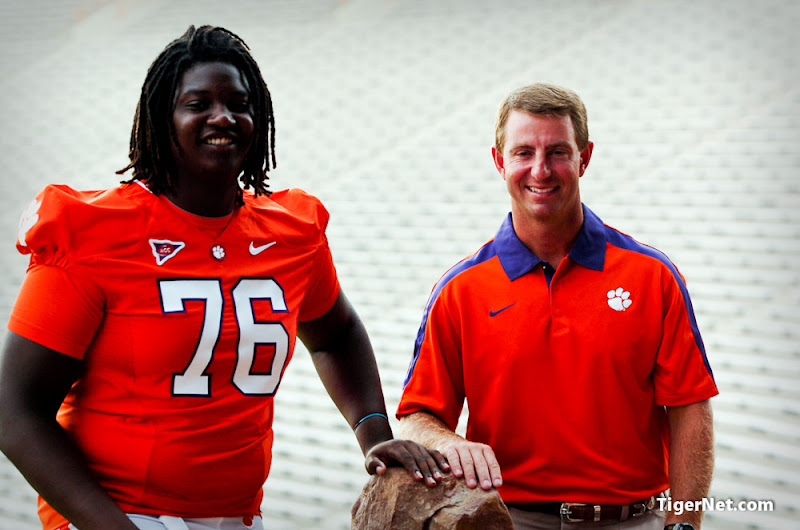 Photo of Shaq Anthony smiling for his freshman photo in 2011.