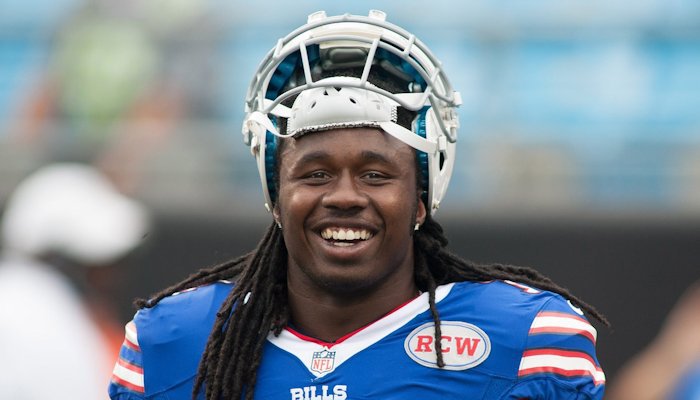 Watkins will now be playing for the Rams

A big-time trade has happened in the NFL on Friday afternoon.

Buffalo Bills receiver Sammy Watkins with a 2018 six-round pick has been traded to the Los Angeles Rams for cornerback E.J. Gaines and a 2018 second-round pick.

In a separate trade, the Bills acquired Jordan Matthews from the Eagles for Ronald Darby and a 2018 third-round pick to take the place of Watkins on the roster. The Bills are setting themselves for a busy 2018 NFL draft as they will have two first-round picks, two-second round picks, and two-third round picks at their disposal.

Watkins has been hobbled by lingering foot issues the last few years as he had two different surgeries on his left foot but was practicing near full strength during training camp. He has missed 11 games over the last two seasons in Buffalo.

A fresh start might just be what the doctor ordered for Watkins to get back to his impressive playmaking days at Clemson. He will be the team's No. 1 wide receiver ahead of new teammate Tavon Austin.

According to ESPN Stats and Info, Watkins' yards per reception rate over the last three years is the fourth best in the NFL.

The Bills decided in May that they would let Watkins test free agency in 2018 rather than exercising the $13.3 million injury guarantee that comes with his option. He will be an unrestricted free agent in March.

He was the fourth overall selection by the Bills in the 2014 NFL Draft.

New chapter in life everything happens for a reason... Buffalo thank you for all the memories.. Rams nation get ready..