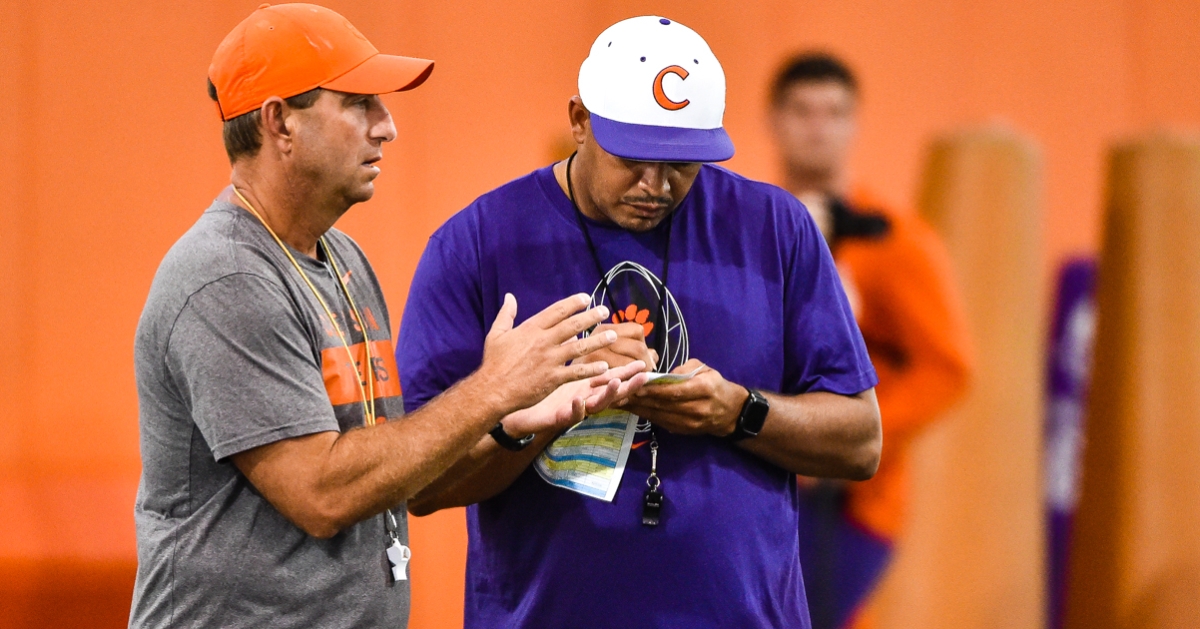 Elliott has been an assistant with the Tigers since 2011.

One Clemson coordinator was just hired and another one could be on the way out as well.

ESPN became the latest to report Sunday evening that Duke officials were in Clemson Sunday to meet with Tigers offensive coordinator Tony Elliott for their open head coaching job.

This comes after Elliott has reportedly also been in talks with Virginia for their head coach opening. The Cavaliers are also said to be heavily considering alum Anthony Poindexter, a defensive coordinator at Penn State now.

Longtime Clemson defensive coordinator Brent Venables was announced as the new head coach for the Oklahoma Sooners on Sunday.

If Elliott were to depart, he would join Venables and Jeff Scott as three coordinators to depart the program in three seasons. All three were Broyles Award finalists for the nation's top assistant, with Elliott and Venables winning the award.

Elliott, the Clemson alum and assistant since the 2011 season, just went through an embattled 2021 campaign, where combined with turnover at key positions, injuries and other attrition, the Tigers fell from 10th to 95th in total offense and third to 79th in scoring offense season-to-season.

Wouldn’t be surprised if Clemson also lost Tony Elliott in the coming days, as he’s seriously in play at both Virginia and Duke. Looks like Dabo will have a very busy off-season on his hands.

With Brent Venables leaving for the @OU_Football head coaching job, @ClemsonFB offensive coordinator Tony Elliott could be next. @DukeFOOTBALL officials were in Clemson on Sunday to meet with Elliott about the Blue Devils' head coaching job, sources tell ESPN.

Sources: #Virginia is expected to meet with #PennState co-defensive coordinator Anthony Poindexter in Las Vegas to discuss the school’s head-coaching position. Poindexter, a former Virginia All-America safety and assistant coach, is considered a very strong candidate for the job.