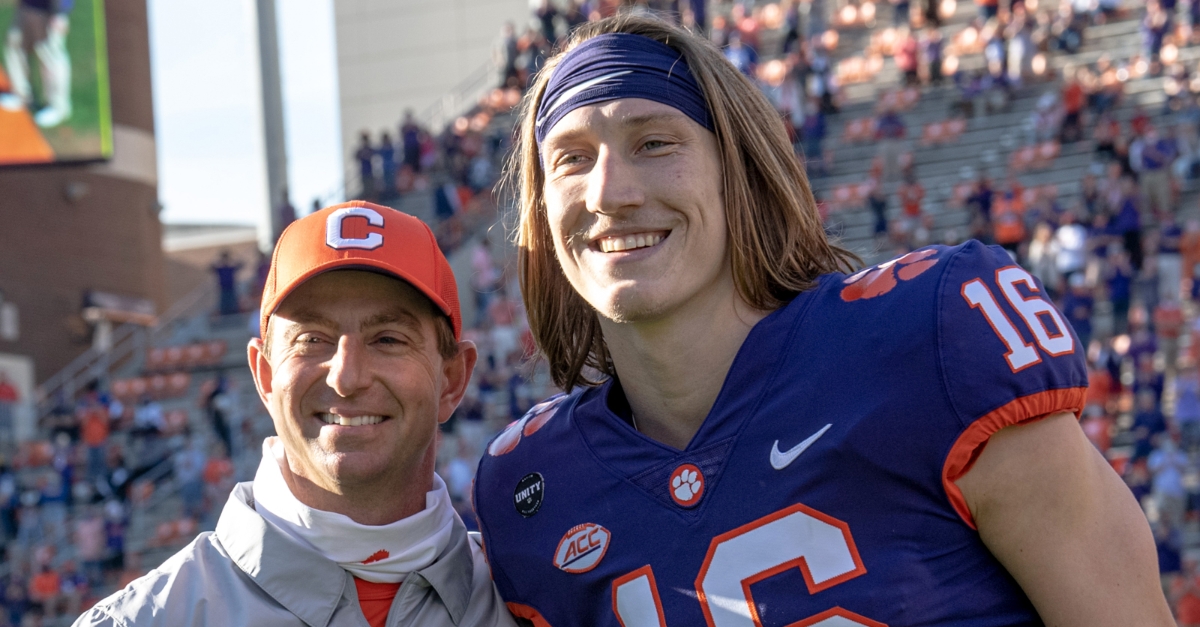 Swinney and Lawrence sharing a special moment together

Former Clemson quarterback Trevor Lawrence is the talk of the NFL.

Lawrence has been rehabbing his non-throwing shoulder during the offseason but should be ready to roll in rookie minicamp this week with a few limitations.

NFL Network insider Ian Rapoport was on 'NFL Now' and shared the latest on Lawrence and how the Jaguars will handle him.

"He is three months out from that surgery (labrum)," he said. "In all accounts, he is doing great. I am told he is expected to participate in rookie minicamp. That is some good news. But he should have some limitations. Particularly, they are not going to ask him to do very much. He is not going to be full speed ahead looking like normal."

The goal is obviously not to rush anything with the franchise quarterback.

"Nobody is going to do anything to risk anything for Trevor Lawrence, so you will see him on the field. Not going to be taking every rep. Pretty limited, I would say, but all things are pointing in the right direction. He should be fine for by the time actual training camp comes around for Jacksonville."

From NFL Now: #Jaguars QB Trevor Lawrence will participate in rookie minicamp, but he'll be limited in what he's asked to do. Lawrence is doing well in rehab from surgery on his non-throwing shoulder. pic.twitter.com/Rs9FNLc7xY