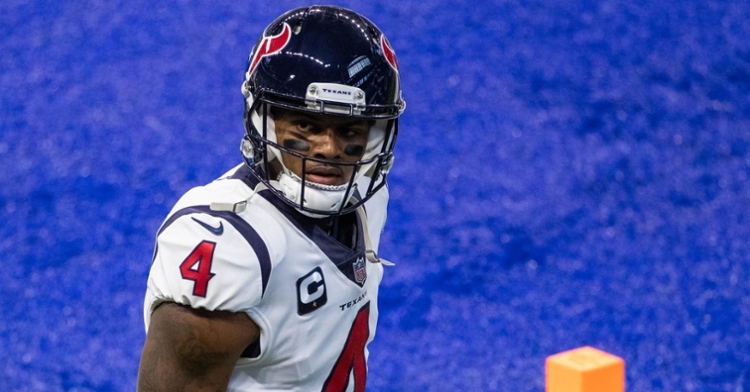 Former Clemson quarterback Deshaun Watson may get his wish soon.

The Houston Chronicle reported on Wednesday that Watson could be traded this week from the Houston Texans to the Miami Dolphins, "according to people familiar with the negotiations."

Watson's offseason started with reports he was seeking a trade and then went into further turmoil with allegations of sexual assault and impropriety that have 22 civil lawsuits currently filed against him. There are also police and NFL investigations ongoing on the matter, but the NFL has not ruled that he can't play this season.

The Dolphins have been long rumored to be the top candidate for a trade and Watson, who has a no-trade clause in his hefty contract, is reportedly in favor of a trade to Miami.

The Dolphins dropped to 1-5 on the season Sunday with a loss to the previously winless Jacksonville Jaguars.

Watson's last game action of any sort was Jan. 3 in a 41-38 loss to the Tennessee Titans.

The NFL trade deadline is Nov. 2.

At least one report out of Miami via ESPN's Marcel Louis-Jacques said that the reports were false:

NFL landscape is fluid but in regard to trades involving the Dolphins, Tua Tagovailoa & Deshaun Watson, a source close to the situation texted me, "Rumors are false"