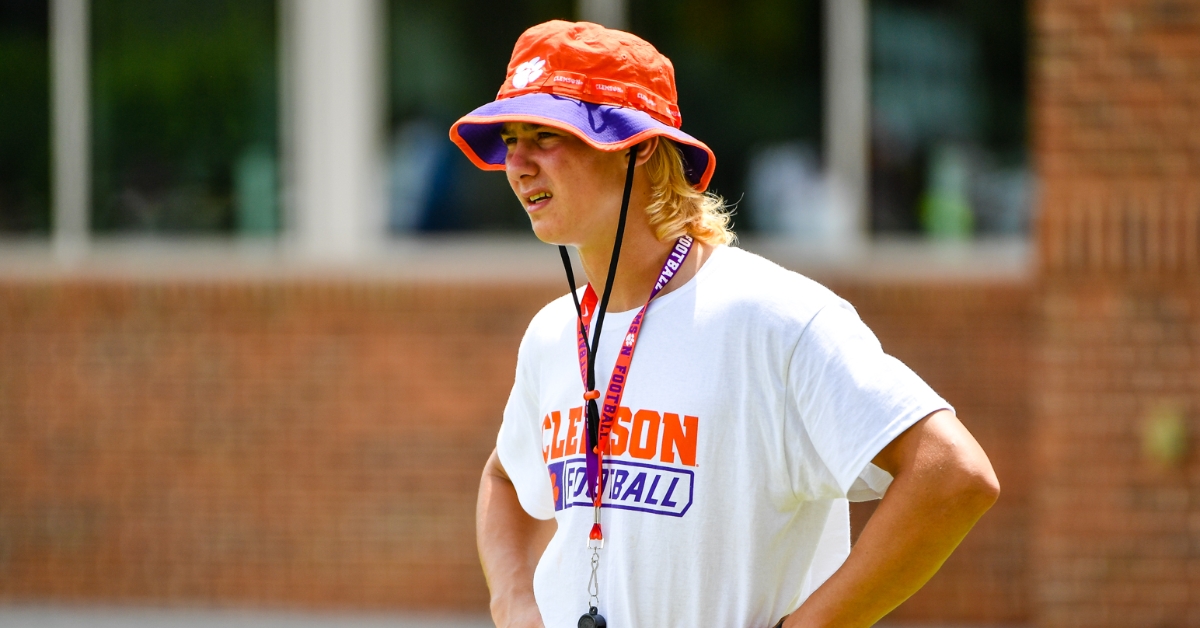 Chandler is reportedly getting first-round money despite having to wait until day two of the MLB draft.

Bubba Chandler is about to get paid.

The freshman Tigers quarterback had already indicated he would sign and therefore not play football at Clemson in the coming seasons, and multiple reports give a good picture as to why.

The Pittsburgh Pirates reportedly will pay Chandler first-round money for their third-round selection, tripling the slot value for the selection ($870,700) with bonus money to $3 million.

DK Pittsburgh Sports also reports that the two-way player who was drafted as a right-handed pitcher, also has "a handshake agreement" to hit as well. Chandler was a standout shortstop at North Oconee (Ga.).

Chandler said after he had decided to go pro that Clemson coach Dabo Swinney gave him some reassuring advice.

“He said to listen to God, follow your heart,” Chandler told Pittsburgh media. “He wasn’t mad about anything. The first thing he said was ‘Bubba Chandler, I freakin’ love you kid. You are going to do great.’...He said if you ever want a spot here again - can't make it or whatever, your jersey is going to be open. That made me feel a lot better.

"Everyone up there, whether it was a player or a coach, the cooks at the bistro -- they're top-notch. Everyone is a family culture up there. I see now why people are so gung-ho on Clemson University because I got to live it for about three weeks and I loved every second of it.”

Chandler was considered a 4-star prospect as a QB and a top-25 MLB draft prospect.

Per source, Bubba Chandler will get $3 million from Pirates, more than triple the pick value for him ($870,700).

There's also a handshake agreement that Chandler will get a chance to hit, a selling point to convince him to forgo Clemson.

An un @Pirates like move-The team has signed third round draft pick RHP Bubba Chandler to a whopping $3M contract, well over the $870,700.00 slot for his third round slot. Deal is pending a physical and will keep him away from attending Clemson. Are things changing in Pittsburgh?