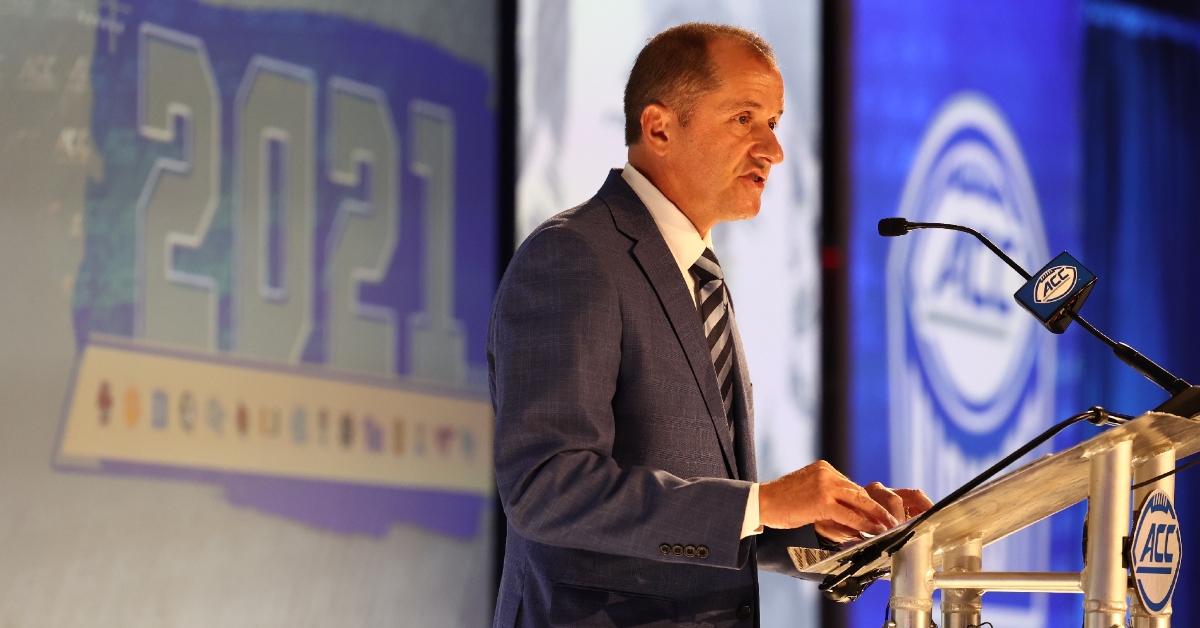 ACC commissioner Jim Phillips could be going to the NCAA for a new look to the championship structure.

So long Atlantic and Coastal?

ESPN's Pete Thamel reported on Monday the elimination of divisions in football has been under discussion lately and is being examined further during the ACC spring meetings being held this week.

Thamel also said that divisions could be eliminated as early as 2023.

Thamel presented two potential models the ACC could go with.

One is teams having three permanent opponents and rotating five more on and off the schedule every other year.

The other one reported is having only two permanent opponents and rotating six teams on and off the schedule every other year, which would send each ACC team through a team's campus over four years.

The divisional system started in the ACC with Boston College's addition in 2005 for two six-team groups. That shifted to two seven-team divisions in 2013 with the addition of Syracuse and Pittsburgh, with Louisville swapping for Maryland soon after that.

ACC commissioner Jim Phillips has already expressed publicly that he intends to petition the NCAA to not require divisions for 12-plus-team leagues for a championship game, which is what was granted one-time for the 2020 pandemic-affected campaign.

One model being discussed is each football program having three permanent opponents – but not necessarily pods of 3 -- and the other five programs rotating on and off the schedule every other year.

There’s also a potential model with 2 permanent opponents and 6 teams rotating on and off, in the same manner. These models would allow every ACC team to host every other ACC team every four years. This would bring more variety to the schedule.