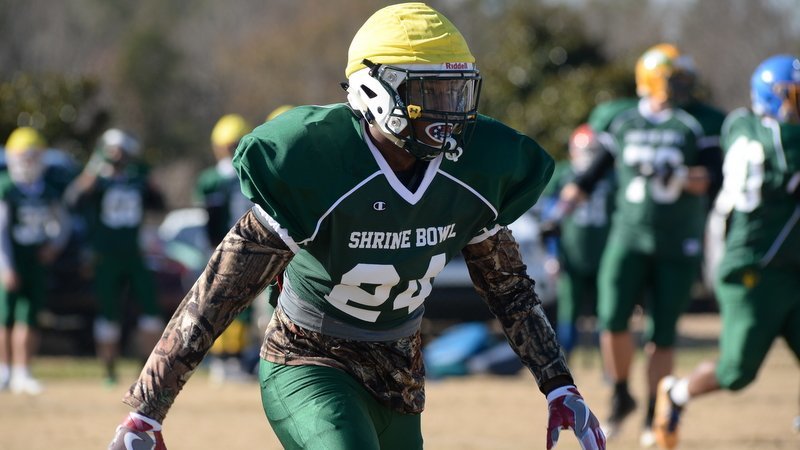 Henry capped a phenomenal Wednesday for Dabo Swinney's program, as a fourth 5-star prospect to sign with Clemson.

In addition to top-rated QB Trevor Lawrence and offensive tackle Jackson Carman, no prospect was happier to add another elite signee than fellow five-star defensive end Xavier Thomas, joining the chorus of praise for the commitment on Twitter Wednesday afternoon:

WOOOOOOOOOO WE GOT KJ !! CLEMSON GET READY THIS IS ABOUT TO BE ONE HELLUVA RIDE !! LOVE YOU FAMILY ?? @thekjhenry_

Love you too bro us against the world ???? https://t.co/Pv0fgMBhgs

#Clemson signs three of the top 5 players in the #ESPN300 ... is that any good? pic.twitter.com/5OQ8uAqttv

K.J. Henry is a 5-star person who just happens to play football.
That was great.#Clemson#EarlySigningPeriod

Clemson with four of the top 10 high school seniors in the country, lol.

KJ Henry checks every box.... And he's headed to Clemson. Another amazing pickup for the Tigers