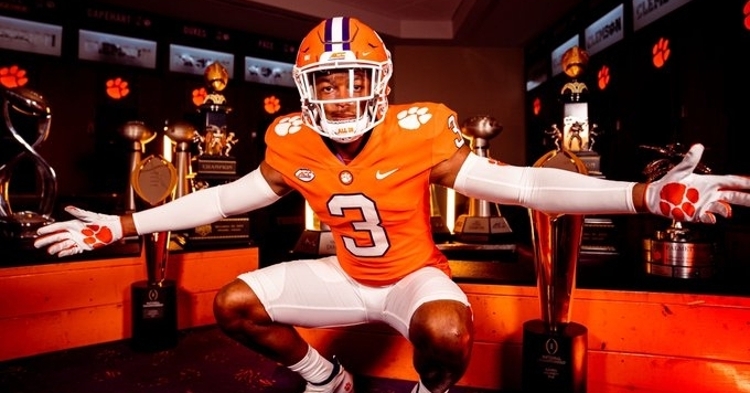 Clemson defensively has improved on the recruiting front over the last couple months.

247Sports adjusted its rankings after this was initially published, which still has Clemson third-best in average rating but ninth overall and Penn State at No. 1 after Ohio State commit Quinn Ewers reclassified to the 2021 class to bring them down to 14 commits now. Clemson QB commit Cade Klubnik moved up one spot into the 5-star 247Sports Composite tier with Ewers' reclassifying.

Clemson's recruiting momentum is pacing the nation after a big couple of months on the commitment front. And the increased quantity in this class hasn't sacrificed the quality that has marked Clemson's 2022 group.

Before a pair of 4-star IMG Academy pledges from safety Keon Sabb and cornerback Daylen Everette in mid-July, Clemson was sitting at 33rd overall in the 247Sports composite rankings. In fact, the Tigers had only one commitment in the calendar year, from 4-star QB Cade Klubnik, before Clemson's Elite Retreat soon brought a trio of commits that started a total of eight pledges in less than two months, with 4-star athlete Jaren Kanak being the latest over the weekend.

With individual site rankings, Clemson is ninth overall on 247Sports and 10th on Rivals, with a fifth-best average rating per pledge there (3.83).

After Clemson's first four commitments came on the offensive side, seven of the last eight have been defenders and five slated for the secondary -- paced by 5-star 247Sports Composite cornerback Jeadyn Lukus (Mauldin HS).