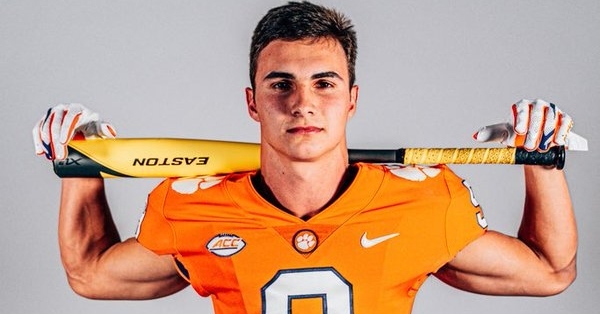 Taylor and Chandler are expected to move in with the summer signees, but pro baseball may be calling them elsewhere soon.

We're now under a month to the MLB draft (July 11 start) and three Clemson signees are still featured as first-round prospects.

Two are dual-sport players -- and at positions of need for depth -- with baseball standouts and quarterbacks Bubba Chandler and Will Taylor.

MLB.com has prized the outfield prospect Taylor going as high as No. 16 to the Miami Marlins ahead of his summer enrollment at Clemson soon. The slot value for the pick is $3.7 million.

Chandler has had projections as high as the top-10 this offseason and CBS Sports' latest mock has him going a little higher than MLB.com with the 18th pick and the St. Louis Cardinals.

They have the Dutch Fork (SC) standout Taylor going 20th to the New York Yankees and Mack going 26th to the Minnesota Twins.

"Since 2018, the Yankees have picked only five pitchers in the top five rounds, and it is by design. They go bats early and pitchers late, and trust their player development folks to improve velocity and spin rates," CBS' Mike Axisa writes. "New York has favored athletic up-the-middle types with strong hit tools rather than big power (Blake Rutherford, Anthony Seigler, Anthony Volpe, etc.), and Taylor fits the mold. He's committed to play baseball and football at Clemson, and he's shown he can hang with the draft's elite prospects in showcase events. Whichever team drafts Taylor will bank on him making big gains once he focuses on baseball full-time."