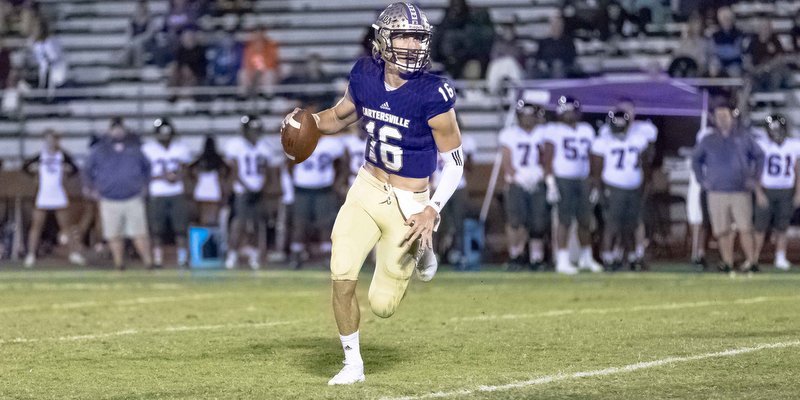 The nation's No. 1 QB officially signed with Clemson Wednesday morning.

The U.S. Army All-American team selection and national offensive player of the year had been committed to the Tigers for over a year.

The five-star led Cartersville to two state titles and carried a 41-game winning streak well into his senior season.

Brings to Clemson: To give an idea of Lawrence's talent, Elite 11 QB guru and former pro Trent Dilfer pegged Lawrence as better than 15 NFL current QBs and "maybe more" before a season where he posted 41 touchdowns to one interception and completed passes at a 69 percent rate. Lawrence settled any debate over the 2018 top QB prospect with that ultra-efficient senior campaign, showing off his ability to hit any throw - in the pocket or on the go - and also showing off a mobile threat with a 64-yard run, 5.2 yards per carry and two touchdowns.

Clemson quarterbacks coach Brandon Streeter said during Clemson's signing day show that Lawrence is a great kid and was very easy to work with during the recruiting process.

"This kid's special," Streeter said. "I can talk all day about the talent that he has. His character, the leadership that he has, he's one of the easiest guys - if not the easiest guy as far as low-maintenance when he committed to us. He's just been tunnel-vision ever since and hasn't wavered one bit...He continued to stay focused.

"As a quarterback coach, that's what you look for. He's shown that on TV several times and the expectations are so high. He's just a great kid from a great family and I'm just excited about him being with our program."

Depth chart fit: The Clemson QB depth chart will be one of the more intriguing offseason storylines with Lawrence set to step on campus in January. Obviously he's competing for playing time from day one, but when those snaps come will be decided in camp and in coaches' rooms for a team likely returning Playoff starter Kelly Bryant. Swinney said on Clemson's signing day show Wednesday that he is a "superstar" and very low maintenance.

Number to know: 13,902 and 161 - Lawrence's final totals in four years of passing yards and TDs, which both broke Deshaun Watson Georgia state records.

Early signing day is off to a GREAT start...first signed NLI received this morning is from TREVOR LAWRENCE!!! Welcome to the #ClemsonFamily #We2Deep18 #ALLIN