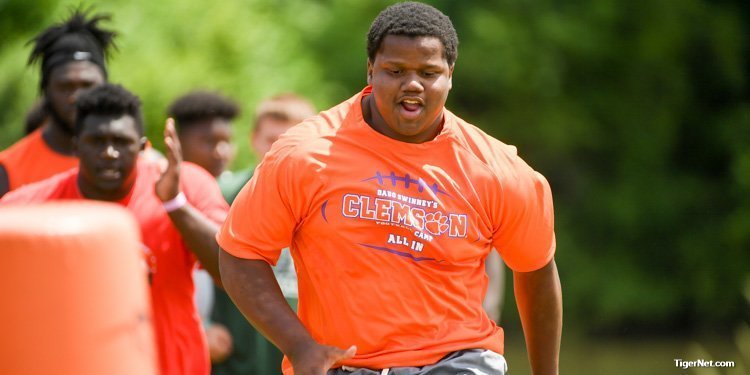 Davis announced a Clemson signing on the first day of early signing period in December and his stock has risen since.

Rivals.com released its final rankings update for the 2019 class with a few notable shifts on the Clemson front.

Among signees, the biggest movement up was from early signing period-addition Tyler Davis, who jumped six spots at his position to No. 12 overall, 19 spots in the state of Florida (43 to 24) and into Rivals’ top-250 prospects overall (175).

In that same tier, four-star tight end early-enrollee Jaelyn Lay moved up to the third-ranked at his position and No. 157 overall.

Among top remaining targets, four-star running back Jerrion Ealy is rated as an athlete by Rivals and moved up two spots to No. 5 at his position there and No. 58 overall (up 18 spots).

On the flip side, the biggest drops have come in the linebacker corps, with Bryton Constantin moving out of the top-100 to No. 206 overall and the No. 14 OLB (down 9) and Kane Patterson losing a star and dropping 16 places at his position (No. 34 ILB).

Among three-star prospects, Brannon Spector made a move up 17 spots among receivers nationally (69) and almost 30 spots among Georgia prospects (42).

Clemson's 2019 group is currently rated No. 7 in the nation with 27 signed ahead of next month's National Signing Day (Feb. 6)