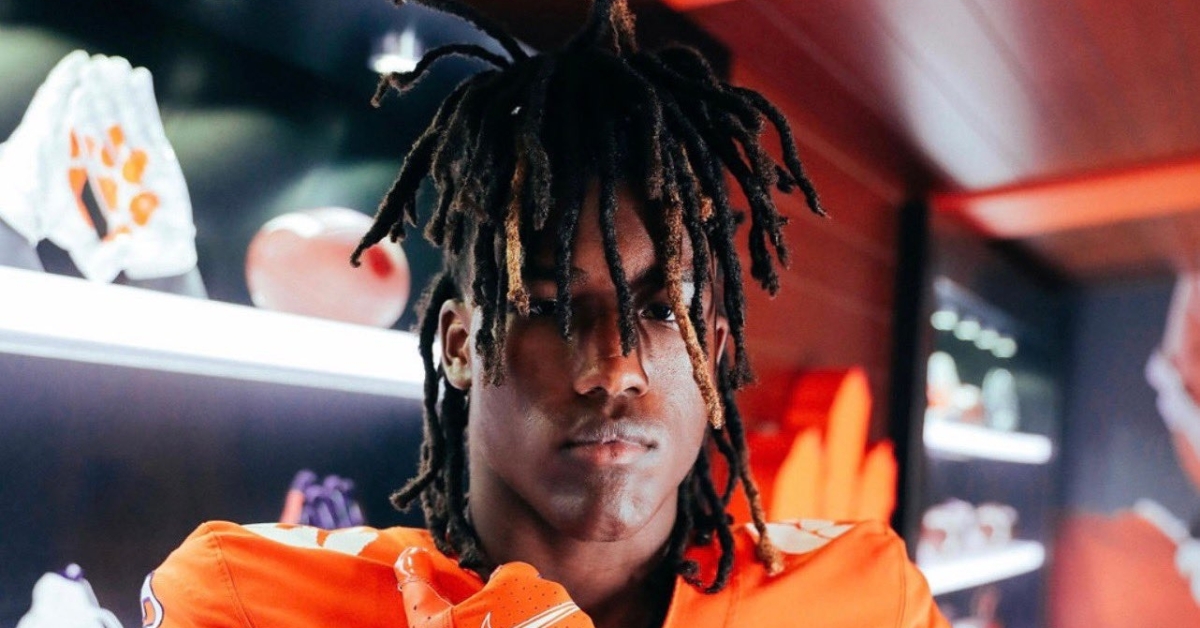 Pride was set to play on the same field with future teammate Cade Klubnik, who has practiced all week.

One Clemson signee announced on social media that he will not get to play in Saturday's All-American Bowl (NBC/1 p.m.).

Four-star Clemson cornerback signee Toriano Pride said he is in quarantine for a positive COVID-19 test from earlier this week. He said he is asymptomatic and had practiced in San Antonio on Monday.

Pride expressed frustration over the events and how the all-star game handled it.

"I don't understand why I was told I HAD to get vaccinated in order to participate in the All-American bowl, I did that and even got the booster shot," Pride said. "Only to be told on the Thursday before I arrived you were now testing. I would have gotten tested at home prior to 3 days of getting to San Antonio. I participated all day Monday for you to tell me although I'm asymptomatic, I will have to quarantine until Saturday. I can't play in game or even got to the game, you won't retest. We work too hard to get here to be kicked aside to the curb. I just don't understand(.)"

Pride was set to play on the same field with future teammate Cade Klubnik, who has practiced all week.

National top-30 player according to 247Sports, which rated him No. 27 overall, fourth-best among cornerbacks and second-best in Missouri … On3 Sports ranked him as the nation’s No. 15 overall prospect, including listing him as the nation’s third-best cornerback and top prospect from Missouri … Rivals.com rated him as the nation’s No. 87 overall player, No. 13 cornerback and No. 5 player in the state … ranked No. 112 player in the nation by PrepStar, which also listed him as the No. 9 cornerback in the nation and third-best player in the state … ranked No. 156 overall by ESPN, including listing him as the 16th-best cornerback and fourth-best player in the state … native of St. Louis, Mo. but finished his prep career at East St. Louis High School in Illinois … helped his East St. Louis team to an 11-3 record in 2021 … had 84 tackles and three interceptions as a senior … had 82-yard interception return for a touchdown against Belleville West … played on 2019 state title team at Lutheran North High School in Missouri … played in just six games in 2020 due to the reduced schedule and had 22 tackles for his team that reached the state quarterfinals … had 13 receptions for 340 yards and five touchdowns and added 227 yards rushing and three scores … had 43 tackles in 2018 at St. John Vianney as a freshman … committed to Clemson on June 18, 2021 … plans to enroll at Clemson in January 2022 … coached by Carl Reed at Lutheran North in 2019 and 2020 before being coached by Darren Sunkett at East St. Louis in 2021 … wore No. 5 at Lutheran North and No. 6 at East St. Louis … born Dec. 18, 2003.