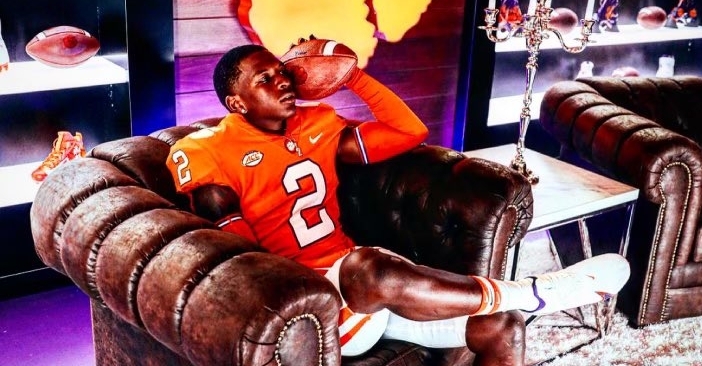 Covil is set to make his call on Thursday.

Four-star 2022 Chesapeake, Virginia safety Sherrod Covil announced that he will make a commitment decision on Thursday (further details to be updated).

Covil attended Clemson’s Elite Retreat weekend and had a number of national, regional and local projections to the Tigers out of it. He told TigerNet's Jake Pierce recently that Ohio State and Penn State are the other two contenders.

Covil picked up a Clemson offer in March, to go with 40-plus others.

Covil said prior to the Elite Retreat trip that he was attracted to how Clemson plays its safeties.

“That they have multiple safeties on the field at one time and that I have a great chance at making an early impact,” Covil said. “Coach Conn said it’s rare that a safety can hit like me and cover. I pride myself on getting better at those things so I’m undeniable when I step foot on campus.”