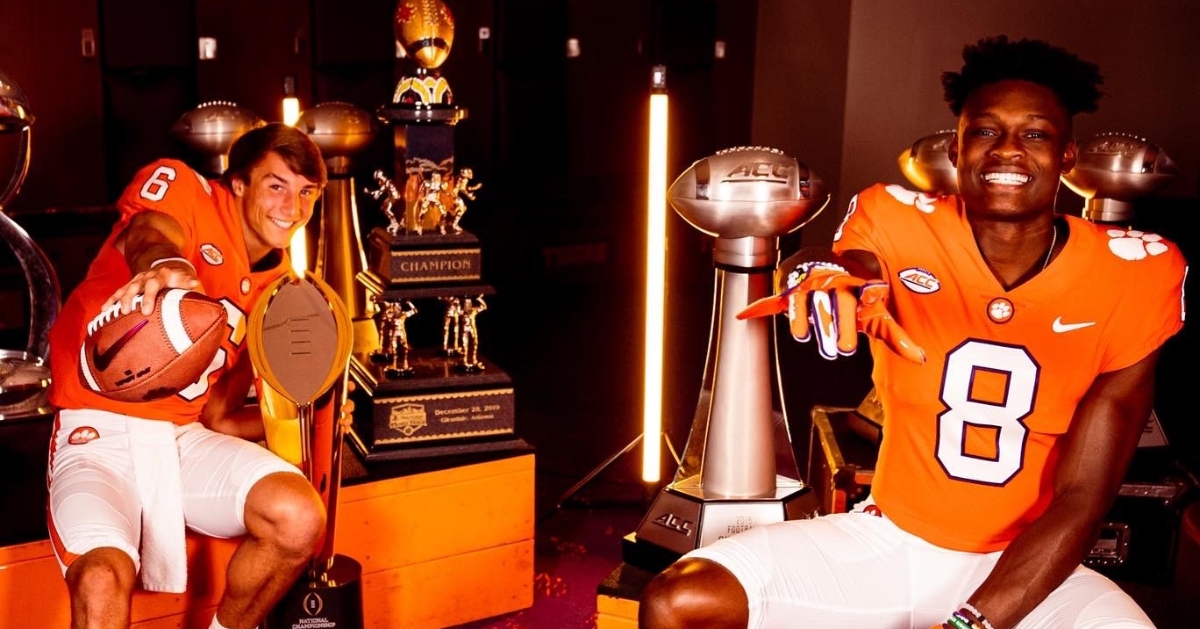 The two built quite the connection over 2021.

It was a big night for two future Tigers on the offensive side of the ball.

One wrapping his non-district play and another starting his season off right, 2022 QB commit Cade Klubnik and WR commit Adam Randall gave a glimpse into what they can bring to the next level.

Klubnik tossed six touchdown passes, going 21-of-30 on pass attempts for 352 yards with one interception in a 59-21 Westlake (Tx) win.

Randall powered a 34-31 Myrle Beach (SC) win behind a big effort on the ground and through the air.

Check out the highlights available below:

Touchdown and 2-point conversion from @RyanCBurger to @A_Randall5 with five left in the 4th. Then @JoshuaGunn9 sealed the deal with a major interception in the end zone with two minutes left of play! Great 34-31 win @MBSeahawks_FB ! @SeahawkBooster @hawkcenterMBHS pic.twitter.com/JmQsugAv6Z

A wild ballgame played down at Johnson-Hagood Stadium last night. Clemson assistants Robbie Caldwell and Tyler Grisham there to see it. Clemson commit Adam Randall was ridiculously good, in a back and forth, knock down, drag out fight between Myrtle Beach & Oceanside. MB wins. pic.twitter.com/vXu7SUKhIT