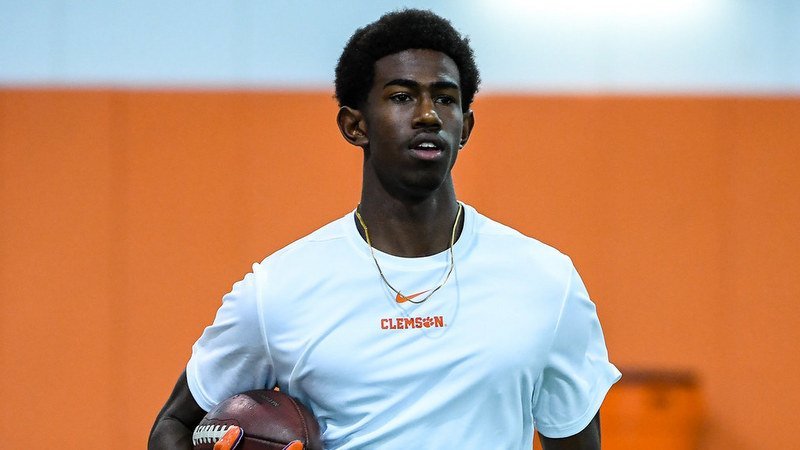 - As of 3:30 p.m. ET, Clemson’s class ranks No. 5 according to ESPN, No. 5 according to 247Sports and No. 6 according to Rivals. Entering this recruiting cycle, Clemson's recruiting classes had finished in the top 15 of at least one of three primary recruiting services (ESPN, Rivals and 247 Sports) every year since 2011. Clemson was one of only seven schools to produce a Top 15 class in each of the last 10 years, a group that also includes Alabama, Auburn, Georgia, LSU, Notre Dame and Ohio State. After that group, the next longest active streak of Top 15 classes entering this year was five (Florida).

- If Clemson’s rankings hold, Clemson will have now produced seven consecutive signing classes that have ranked in the top 10 nationally according to at least one major recruiting service.

- As the rankings presently stand, Clemson is in position to sign back-to-back Top 5 recruiting classes according to at least one major service for the first time in rankings on record since 2003. Last year, Clemson’s 2020 class finished No. 1 according to ESPN, No. 2 according to Rivals and No. 3 according to 247Sports.

- To date, every signing class in Dabo Swinney’s head coaching tenure has won at least one ACC Championship at Clemson with exception of Clemson’s 2020 recruiting class, which will have the opportunity to join that list when it faces Notre Dame in the ACC Championship Game this Saturday.

- Clemson added two defenders who ranked as five-star prospects by at least one major recruiting service, including Barrett Carter (Rivals) and Jeremiah Trotter Jr. (ESPN). Offensively, running back Will Shipley was a five-star recruit according to the 247Sports Composite.

- Clemson signed three players who were rated by one of the major recruiting services as the top player in their respective state: RB Will Shipley (Rivals and 247’s No. 1 in North Carolina), TE Jake Briningstool (ESPN and 247’s No. 1 in Tennessee) and LB Jeremiah Trotter Jr. (ESPN’s No. 1 in Pennsylvania).

- Clemson’s 18 future student-athletes announced Wednesday represent nine states. Clemson has now signed players from at least nine different states in three straight years (12 states plus Canada in 2020, 14 states in 2019) for the first time since a five-year stretch of classes from 1991-95.

- Despite the geographic diversity of Clemson’s signees, the 2021 class marks the first time since 2014 that Clemson has not added a new state to list of those who have produced Clemson signees under Dabo Swinney. Swinney added his first signee(s) from Kentucky in 2020; California, Michigan and Pennsylvania in 2019; Missouri in 2018; Indiana and Louisiana in 2017; Colorado, Kansas and Texas in 2016; and Massachusetts in 2015.

- Since 1972, Clemson has signed student-athletes to football scholarships from 34 states, the District of Columbia and Canada.

- Georgia produced the most Clemson signees of any state for the fifth time in the last six years (including 2016, in which Georgia and South Carolina each produced five signees). The addition of five more Georgia products in the 2021 class gives Clemson 33 signees from the Peach State since 2016.

- Across the 1970s and 1980s, Clemson signed 27 players from the state of Pennsylvania. In the two decades that followed, Clemson signed four players from Pennsylvania in the 1990s and 2000s. In 2019, Clemson signed LB Keith Maguire from Media, Pa., its first Keystone State signee since 1995. With the addition of LB Jeremiah Trotter Jr. (a Mt. Laurel, N.J. native who played his prep career in Philadelphia, Pa.), Clemson has now signed a Pennsylvania high school football product in two of its last three recruiting classes.

- Clemson signed multiple players out of the state of Tennessee (OL Dietrick Pennington and TE Jake Briningstool), only its second class with multiple Tennessee natives since 1980. The only other class with multiple players from Tennessee came in 2017, when Clemson signed two of its Top 16 players in career receiving yards in Tee Higgins and Amari Rodgers, both of whom were from the Knoxville area.

- Clemson has now signed a player from Tennessee in five straight classes for the first time since freshman eligibility began in 1972.

- One year after signing S R.J. Mickens out of Southlake, Texas, Clemson signed S Andrew Mukuba from Austin, Texas, Clemson’s first set of consecutive classes with a Texas product since a three-year stretch from 1989-91.

- By signing both Dacari Collins and Nathaniel Wiggins out of Atlanta’s Westlake High School, Clemson signed a pair of high school teammates in a single recruiting class for the first time since signing both Jalyn Phillips and Andrew Booth Jr. out of Archer High School in Georgia in 2019.

- Clemson signed a pair of high school teammates across the 2020 and 2021 recruiting classes, including teammates out of St. John Bosco High School in California (D.J. Uiagalelei in 2020, Beaux Collins in 2021) and Damascus High School in Maryland (Bryan Bresee in 2020, Ryan Linthicum in 2021).