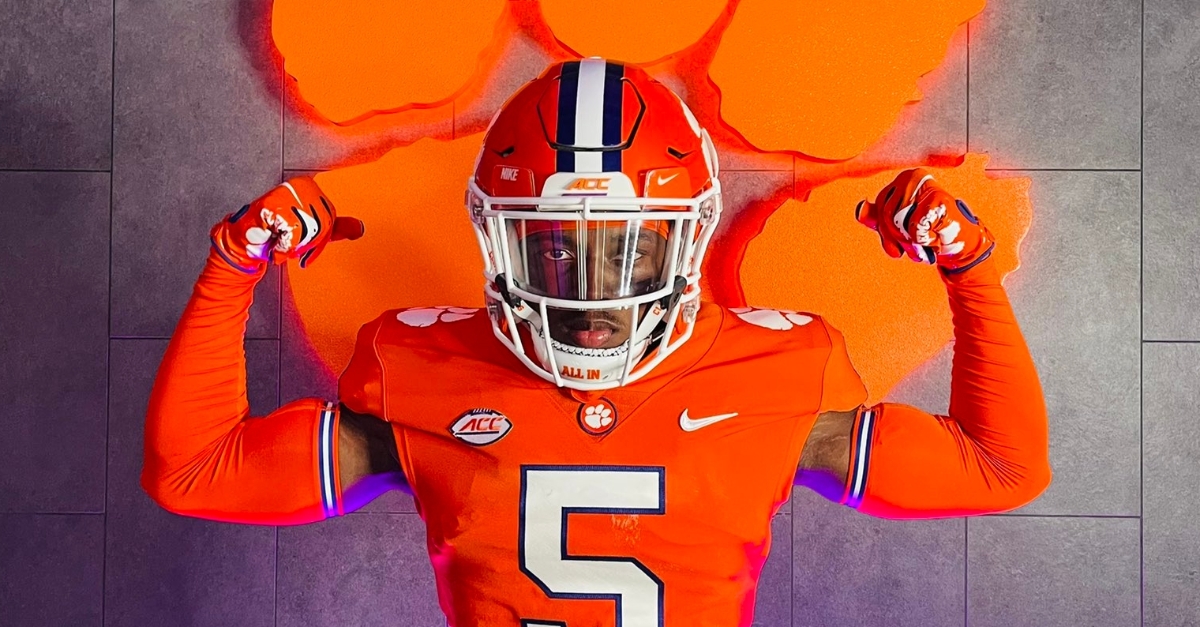 Joseph picked up a Clemson offer in June after a visit.

Clemson's 'WRU' brand kicked off the 2023 class on Friday.

Joseph told TigerNet before his decision that he was looking for a place that felt like home and needed a player like him. Clemson wide receivers coach Tyler Grisham got that message across.

“(Grisham) tells me there’s nobody like me at Clemson," Joseph said leading into the commitment. "I have crazy speed and I can really help at the slot wide receiver position, and I can always be dangerous in the return game.”

He is rated as high as No. 137 overall and a unanimous 4-star prospect. Joseph totaled more than 1,200 total yards with 14 touchdowns in 2020. He was named to the All-Dade 5A-IND first-team by the Miami Herald.

Joseph visited Clemson earlier this summer and received an offer shortly after in June. He is Clemson's lone offer out to a receiver in the 2023 class currently who isn't committed elsewhere.

"A playmaking slot receiver with an elite burst that doubles as a dangerous return man," 247Sports' Andrew Ivins wrote. "Can attack the flats and turn short little drive routes into long gains. Ability to quickly start/stop makes it difficult for defenders to corral him. Makes up for his smaller catch radius with his overall feel for the position as he understands how to beat zone coverage and work for his quarterback. Tracks the ball well over his shoulder and owns rather reliable hands. Not much context available when it comes to top-end speed, but was able to break 4.2 in the short shuttle the spring before his junior season and has outran plenty of talented defenses under the lights down in South Florida."