Jamal Anderson is among the top-rated outside linebackers nationally and is among a double-digit Clemson 2023 class now.

Clemson pulled another impressive prospect out of the Peach State on Monday.

Four-star Hoschton, Georgia 2023 linebacker Jamal Anderson announced his pledge to the Tigers, the latest out of a highly-successful round of early June official visits.

Anderson's pledge brings Clemson's 2023 class to 10 commits -- a seventh in under a month -- and a No. 8 ranking in the nation by the 247Sports Team Composite rankings.

Anderson was named an All-State selection in 2021 with 78 tackles, seven for loss, with four sacks, five pass breakups and two interceptions.

His offer sheet is over 30 teams, including Southern Cal, Miami and Utah. He had also recently visited Utah, his father’s alma mater. He is the son of former Atlanta Falcons standout running back Jamal Anderson.

Anderson is the first linebacker pledge in Clemson's 2023 class and a fifth defender total. He received a Clemson offer in mid-March. 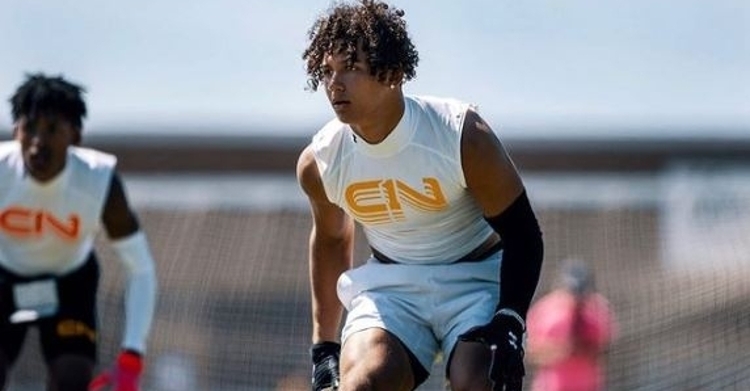 Jamal Anderson is among the top-rated outside linebackers nationally and is among a double-digit Clemson 2023 class now."

Had a great trip to Clemson @ClemsonFB @WesleyGoodwin #ALLIN pic.twitter.com/scUHUiJu8x