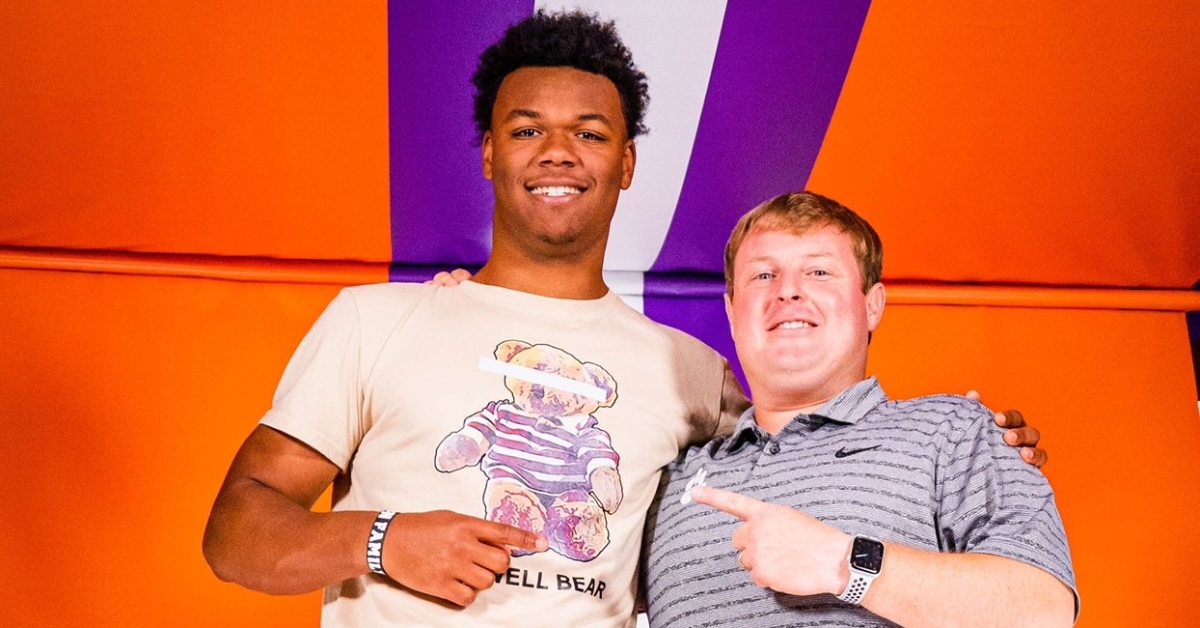 AJ Hoffler was one of a number of early June official visitors to leave with the impression that Clemson is home.

Clemson gained its third four-star commitment in the 2023 defensive line class on Tuesday.

"It was just the family vibe I got," Hoffler said of why he picked Clemson. "All the coaches showed a bunch of love. The players, other recruits -- the president, everyone's for the football team. Not like that at every school. Coach Swinney has done a really good job. It was an easy decision for me."

He is a unanimous 4-star prospect and ranked as high as No. 214 overall (247Sports). Hoffler joins Vic Burley and David Ojiegbe in the committed Clemson D-line group.

Hoffler was one of around 30 top prospects in town for an official visit earlier this month and now a tenth total pledge in June for Dabo Swinney's program.

The 13th commit overall for Clemson moves the Tigers to No. 4 in the 247Sports Team Composite Rankings. Another Tiger defensive target from the June official visits is set to announce on Wednesday as well with 4-star defensive lineman Stephiylan Green.

Hoffler picked up a Clemson offer in March, one of over 50 reported offers over his recruitment. After that Clemson offer, Hoffler had made stops at Florida, South Carolina and Ohio State and he was supposed to take an official visit to North Carolina this weekend. 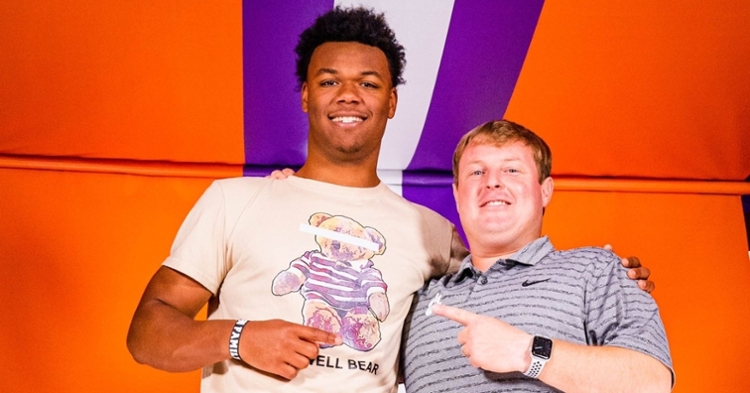 AJ Hoffler was one of a number of early June official visitors to leave with the impression that Clemson is home. "