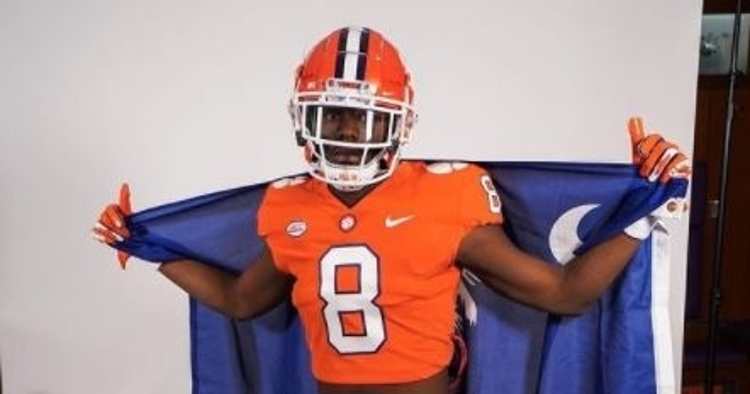 Another Lawson is coming to the Clemson D-line.

He is the brother of former Clemson standout Shaq Lawson. Jahiem had his official visit to Clemson earlier this month.

Clemson coach Dabo Swinney was able to get some extra looks at Lawson, as he played with his Swinney's youngest son, Clay.

"He has been able to see me play this season because his son is on the team and it isn’t against the rules," Lawson told TigerNet when he received a Clemson offer. "They see me playing on the edge, setting the edge, and pass-rushing and getting after the quarterback."

Clemson is 11th in the 247Sports Team Composite Rankings with 17 commits now.

Congratulations to Trent and Jahiem on their showings in the @NorthSouthFB game! Jahiem was named the North Defensive MVP! pic.twitter.com/nhbaiS7N9r

2022 Edge prospect @JahiemLawson dominating like he always do ??. One of the biggest game changers in the country with offers from the SEC and ACC https://t.co/bwsvE0DOqz

HUGE offer for Jahiem. He finished with 75 tackles, 25 TFL, 11 sacks, two blocked kicks and a pair of TDs in helping Daniel win State for a second straight year. Also a North-South pick (MVP for the North D), a Shrine Bowl pick, an all-state selection and region co-defensive MVP. https://t.co/fBpjhACEA4